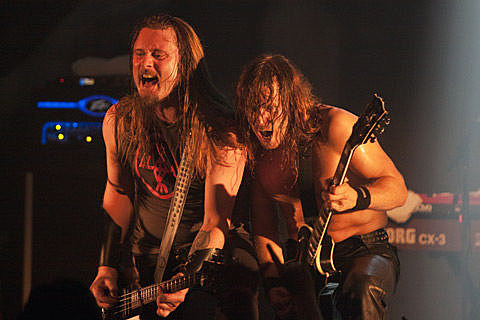 Norwegians Enslaved have a single show scheduled in the US for 2012, a free (with RSVP) Scion A/V Roadburn Records showcase in Los Angeles with White Hills, Earthless and Astra this weekend (11/10 at The Roxy). After that undoubtedly epic show goes down, look for the progressive black metal crew to plot their next attack on North American shores in the new year. Enslaved will join the great Pallbearer and Ancient VVisdom for a three-week whirlwind tour of North America that kicks off in late January and terminates on February 22 at Bowery Ballroom. Tickets go on sale Friday (11/9) at noon.

Pallbearer is confirmed to play Roadburn 2013 in the months following the tour, where they'll join names like Electric Wizard (who is curating part of the fest), Amenra (who have a new album on the way), Moss, Die Kreuzen, Godflesh, Uncle Acid & The Dead Beats, Royal Thunder (who play Saint Vitus this weekend), Maserati (who play Union Pool TONIGHT), Castle (who recently played Saint Vitus) and many more to come. Roadburn is sold out, but you can drool at the lineup below and try your hand at the secondary market.

All tour dates are listed below, along with the tour flyer and the Roadburn 2013 lineup. 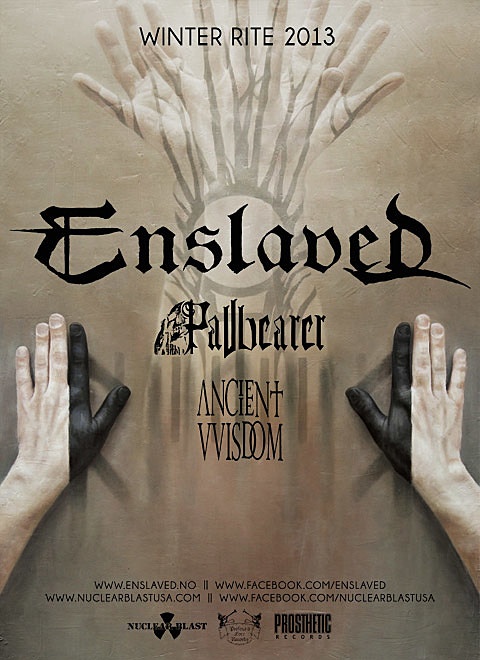 Saturday, April 20th:
A Forest of Stars
Alcest (Neige artist in Residence Roadburn 2013)
Asphyx (playing their slowest of death doom)
Cult of Luna
Die Kreuzen
Elder
Godflesh (playing Pure in its entirety)
Hills
Jess and the Ancient Ones
Mr.Peter Hayden
My Brother The Wind
Process of Guilt
Teeth of the Sea
The Cosmic Dead
The Ruins of Beverast
Wo Fat