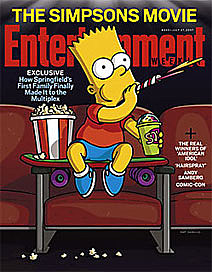 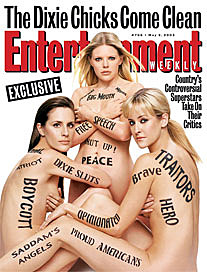 Why do we (Entertainment Weekly) love indie rock? Because it shuns everything that is prefab, safe, typical. It's about freedom, expression, passion -- no rules, man! But in order to narrow down hundreds of hours of incredible musical output from the last two and a half decades, we had to apply some...well, rules:....

1. Only one album may represent each year (hence the inclusion, in some cases, of too-hard-to-dismiss runners-up, and a number of difficult compromises we had to make). 2. All the bands had to have been signed to an independent label for the given album (ergo, the absence of Nirvana and the Flaming Lips, whose true genius didn't manifest itself until they graduated to the big leagues, but the inclusion of My Bloody Valentine and the Pixies, who originally signed to small labels in the U.K.). 3. The term ''band'' must be taken literally (thus eliminating otherwise unimpeachable artists like Elliott Smith, Sufjan Stevens, and Cat Power). Even still, there was many an internal battle over the final choices here at EW headquarters, and resentments that will surely fester long after this issue has run its course. But isn't that the beauty of it all -- the fact that we had such a wealth to choose from? Our picks, and those unpicked, will no doubt spark debate with you as well; in fact, we hope it does. Because that, friends, is rock & roll.

1996: Belle And Sebastian, If You're Feeling Sinister

1998: Neutral Milk Hotel, In the Aeroplane Over the Sea

2000: Yo La Tengo, And then Nothing Turned Itself Inside-Out

2002: Interpol, Turn on the Bright Lights

2006: The Hold Steady, Boys and Girls in America

(from EW via Idolator)