For a few years there -- 2008 through 2011, say -- Stockholm-based death metal legends Entombed were the most persistently ripped-off band in metal. (Their guitar tone was the most-jacked tune, at the least.) Ironically, Entombed themselves were silent for most of this span; their last album, Serpent Saints, came out in 2007, just as the first wave of noveau Stockholm DM clones started to seep forth from their practice spaces.

The follow-up to Serpent Saints, the somewhat hilariously entitled Back to the Front, was originally slated to drop this fall. However, some behind-the-scenes foul-up (handwaved away by Century Media, their label, as "unpredictable technical problems") delayed the album until this coming March.

A new song from Serpent Saints...erm...appeared today. The song, "Vulture and the Traitor", wasn't debuted, precisely; it appears to be a leak of some kind, which means it probably won't last very long on Youtube. That's a shame, because it's a really damn good tune. I haven't been hot on most of Entombed's post-Wolverine Blues output, but while this song retains the straight-ahead rock lean that characterizes most of their later work, it's an uncommonly punishing and effective example of its species. It's a promising return to the light for a band that's been mostly waiting in the wingsfor the past six years.

Stream "Vulture and the Traitor" below while it lasts. 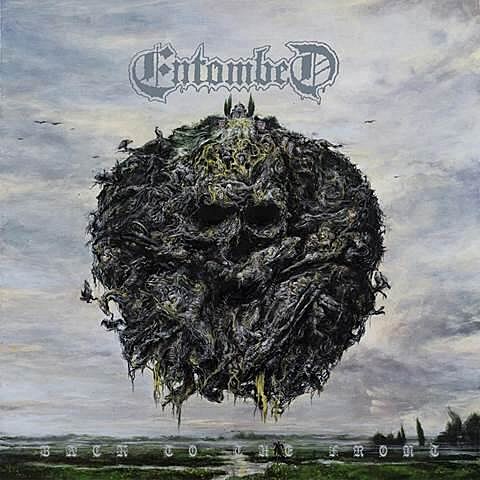