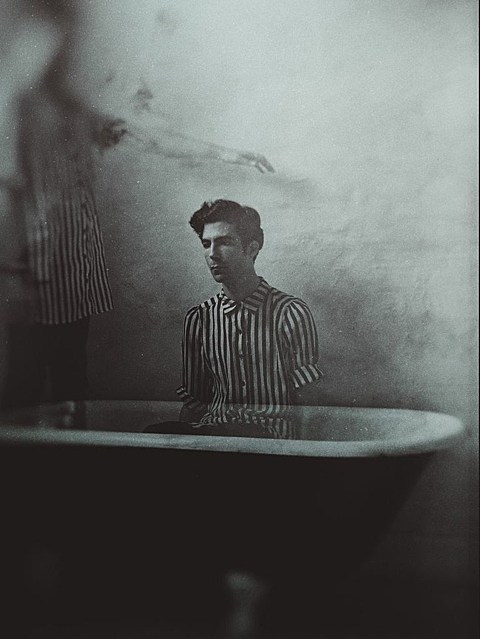 The Entrance Band frontman Guy Blakeslee must have a little more time now that his bandmate Paz Lenchantin is often busy playing bass in the Pixies, because he's releasing his first solo album in ten years, Ophelia Slowly, next week (6/10) via Everloving. The record has some pretty diverse sounds, but new single "Told Myself" is a bare-bones contemporary folk song with little more than Guy's acoustic guitar and impressive vocal range. That song makes its premiere in this post and can be listened to below.

Guy also has some shows coming up, including NYC dates on June 17 at Mercury Lounge with another impressive singer, Weyes Blood, and June 19 at Rough Trade opening for Robert Francis & The Night Tide. Tickets for the Merc show and the Rough Trade show are on sale now.