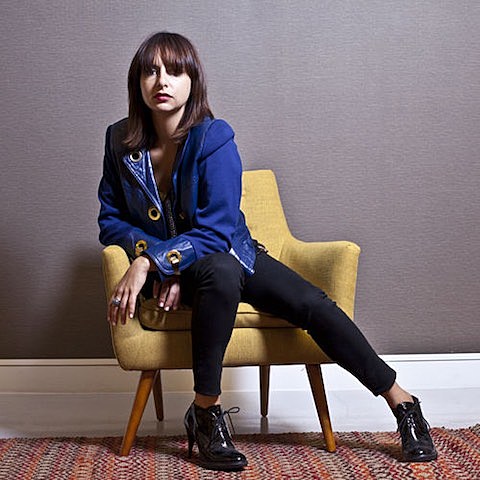 Echo & the Bunnymen's "The Killing Moon" is one of the most iconic "indie" singles of the '80s, with it's instantly recognizable opening riff and sweeping drama. NY musician Erica Glyn put a fresh coat of paint on the song for this year's Dollars For Thieves EP, taking it in new directions as well. She tells us:

There's an emo passion and darkness inherent in "The Killing Moon" that I fundamentally relate to and am drawn to - like kindred spirits. I love the original recording, I'm a big BIG fan, and I felt confident that I could create my own version that would not only not take away from the original version but perhaps would add a new dimension to the song. The lyrics are beautiful and poetic and I thought that giving a female perspective to them created a whole new meaning. It's a beautiful canvas to impose my voice on both literally and figuratively.

Her "The Killing Moon" cover now has a lovely music video, which was directed and animated by Alexis MacNab. That makes its premiere in this post and you can watch it below.