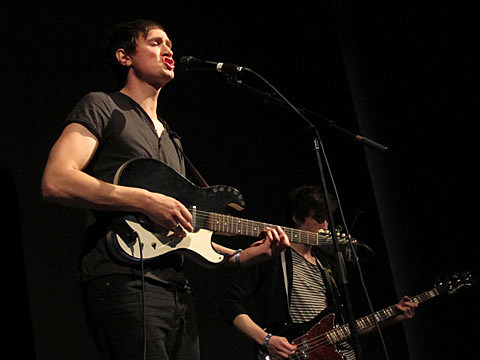 There were two official SXSW daytime stages in the Austin Convention Center: the Radio Day Stage and the Dot Com Day Stage. BrooklynVegan programmed the first half of the Thursday Dot Com Day Stage, really more of a This Week in Indie show as I chose the bands. It may not be the sexiest room in Austin, there was no free sports-booze beverages, but sound was great and it was a nice little early afternooon of music if I do say so myself.

Listening to Erland & the Carnival's pastoral, psychedelic hurdy-gurdy music, I imagined frontman Erland Cooper to be diminutive, like the Divine Comedy's Neil Hannon, or Prince. In fact, Cooper is very tall and athletic, with a strong handshake capable of rattling the coffee out of an unsuspecting blogger's other hand.

This size and stature gives muscle to the band's live show, as does the general musicianship of the Carnival -- which includes ringer guitarist Simon Tong who also pinch-hit in The Verve and Blur. I like the new album, Nightingale, quite a bit but the songs really come alive -- even for the noon slot in the Convention Center. But I'd really like to see them in a dark packed club.

Speaking of dark, new Sub Pop signees Still Corners spent more time trying to turn off the lights in the room before their set as they did sound-checking. Their '60s style projections, an integral part of their hazy psychedelic vibe, were unfortunately displayed next to the band instead of on them. It is what it is (and was probably more ideal than the outdoor show they played at the French Legation Museum).

The room was pretty full for their set and the crowd didn't seem to mind, as they sounded fantastic: part '60s soundtrack music (Barry, Morricone), part psych pop (Strawberry Alarm Clock, VU) and a big dose of motorik Kraut, as heard in a very Neu!-esque instrumental. Guitarist Leon Dufficy is a vintage man, be it fashion (Jarvis via Cecil Beaton) or his arsenal of pedals (he's got a vibrato worthy of Portishead); singer Tessa Murray would've been a perfect Warhol superstar. The rhythm section right in the pocket.

Still Corners know exactly what they're aiming for and have pretty much hit the bullseye. Even without the visuals, they were perfect music to sit in the dark, chill out and nurse a hangover. (not so perfect for taking pictures with a point-and-shoot, though.) The band should have a single out via Sub Pop soon, are currently on tour with labelmates Papercuts, including a stop at Mercury Lounge on Saturday (3/26).

Harrys Gym, from Norway, were last-minute fill-ins when Frankie & the Heartstrings suffered dreaded visa-itis. Their ethereal sound was a perfect compliment to Still Corners. A blown amp delayed their start time a bit, unfortunately, but when things got rolling I was taken with bandleader Anne Lise Frøkedal's spine-tingling pipes and guitar prowess. Harrys Gym also rocked a lot harder than I was expecting. They were great. Hopefully they'll tour here soon.

There's a few more examples of my photographic skills, plus video of Erland's set, and Still Corners/Papercuts tour dates after the jump.

(this photo by Dominick Mastrangelo) 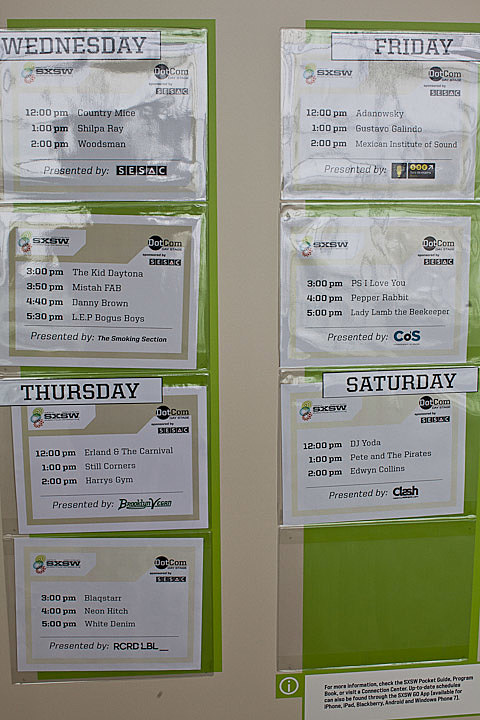 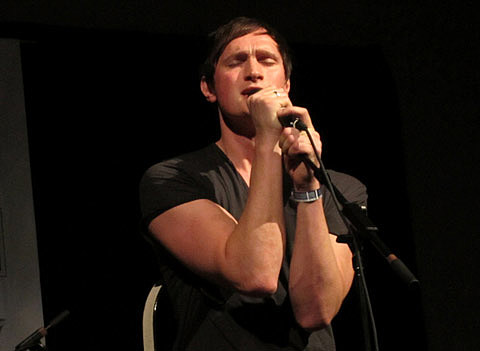 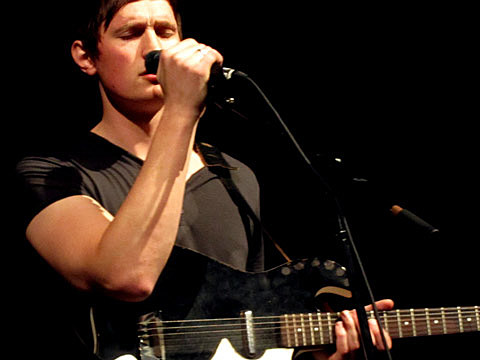 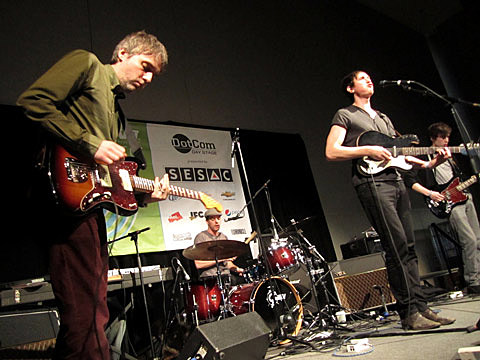 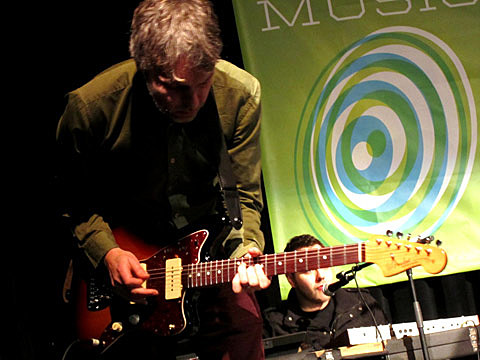 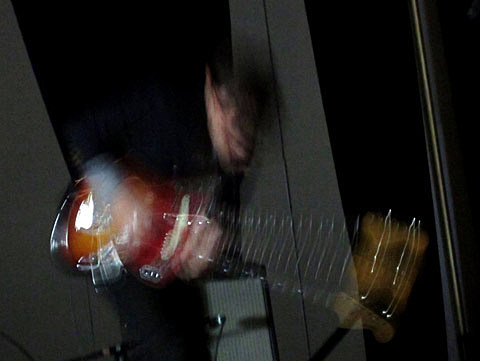 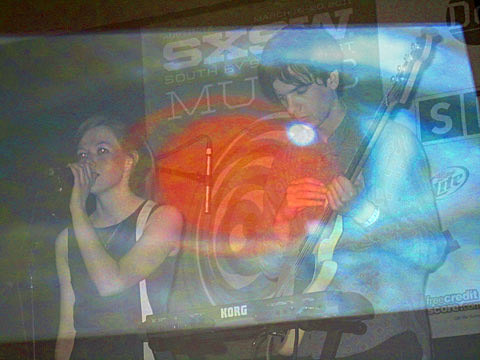 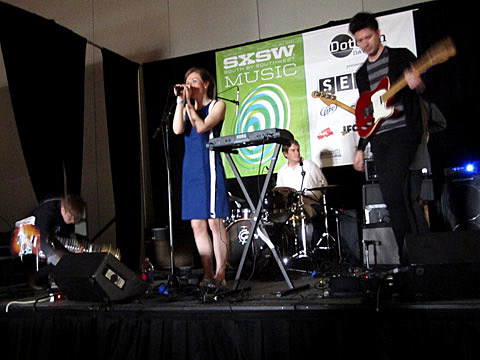 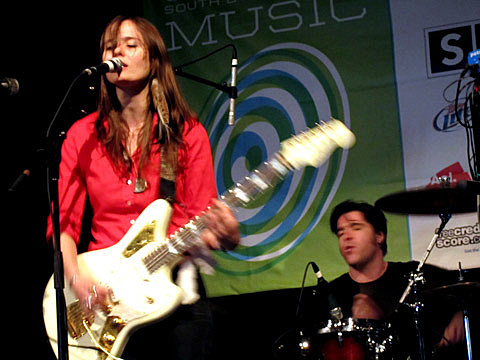 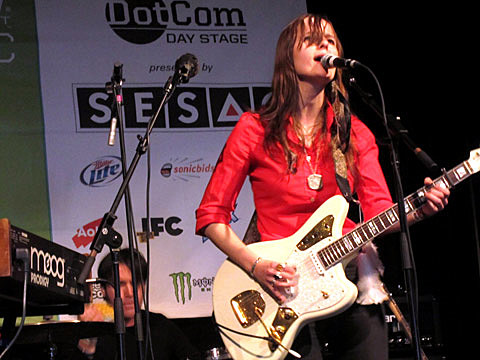