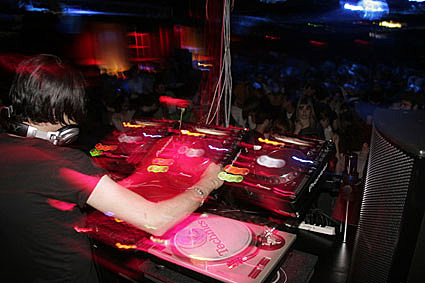 Lots of good dance went down here last weekend, but I was out of town! Luckily one of my dance partners in crime, Paul (Thump Thump), made it out to Studio B on Saturday for Erol Alkan's set:

"Everything about Erol was great last Saturday. The crowd - packed but not that gross, disgusting, Studio B packed. Most everyone was into it, and then Erol crushed it, but not in a "hit you over the head with bangin' tracks" kind of crush. It was more of a complete set, not banger after banger. I liked it because he selected very good, obscure tracks (very few Ed Banger songs) and made them flow. He teased up tons of build-ups and blended them into other build-ups, and then released. It was really, really, one of the more seamless dj sets that I've heard in a while. 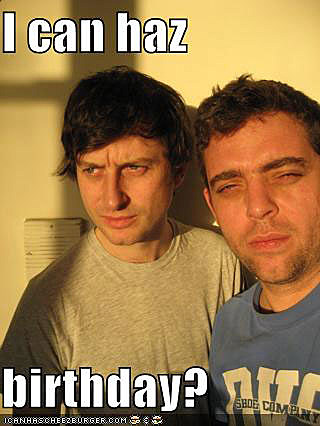 It's Dominique Keegan's (founder of NY-based label, Plant Music) birthday. Help him celebrate while you get down to a bunch of deejays as well as live bands.

Dominique's own band, the Glass will be performing live. Check out these two posts for info on the Glass and some downloads.

Kap10kurt will also be performing live.

Also be sure to check out Kap10kurt's great, robot-laden, animated music video for "Dangerseekers". (Synopsis: "In a world full of danger, where music is banned by an evil militia, Kap10Kurt, an easy-going hero, helped by his sexy mate Leah, will blow up this Machiavellian conspiracy....") 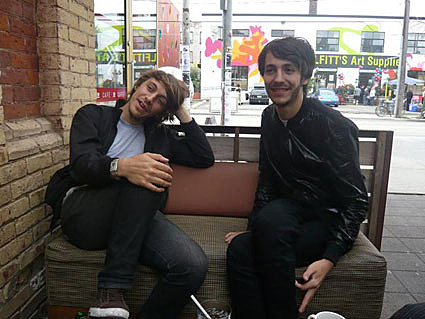 "Dangerseekers" was remixed by Rolf Honey which is Rolf Z and Yuksek. Yuksek also happens to be deejaying at tonight's party with fellow Frenchman Brodinski. Yuksek is one of those deejays I've been meaning to check out, but have yet to do so. The December issue of Mixmag described his sound as:

"A funkier Para One with just a pinch of Simian Mobile Disco and a very big club kick." 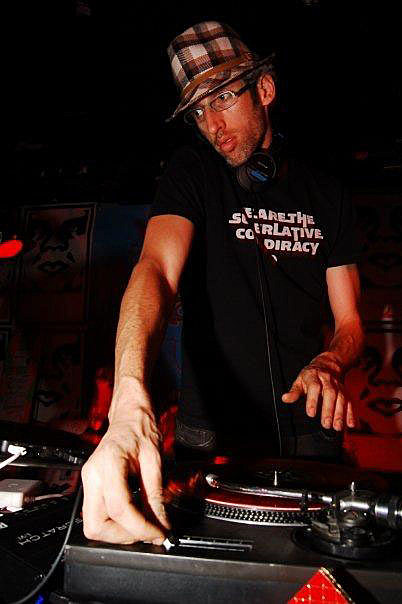 Bad Decision and Stretch Armstrong will also be deejaying. Check out Stretch's blog, Konstant Kontact to see what he is up to. He's been in the process of digitizing tons of recordings from the Stretch Armstrong & Bobbito radio show which ran on WKCR 89.9 FM NY from 1990-1998 (considered one of the best hip-hop shows by many). 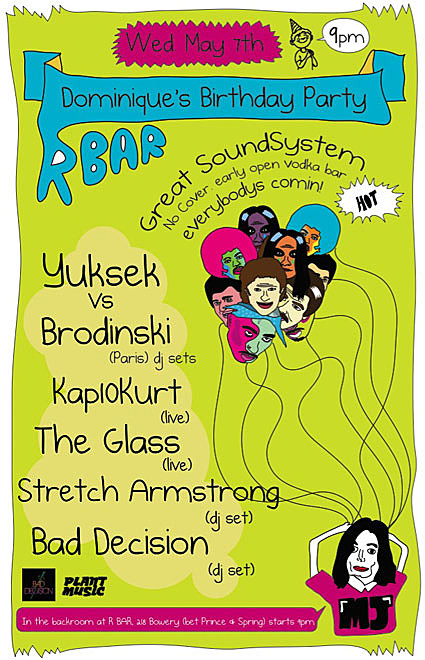 All that happens on the earlier side of the evening, which may or may not have something to do with the fact that Yuksek and Brodinski are also deejaying at Studio B tonight (still Wednesday May May 7th) along with SebastiAn, the Captain, and a performance by live electro act, The Shoes. 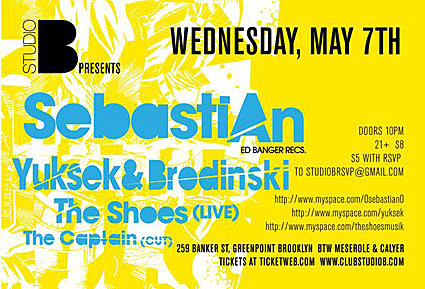 Advanced tickets available here. $8 at the door. $5 with RSVP to studiobrsvp@gmail.com. Also, though it is not updated on the flyer, the event was recently changed to 18+.