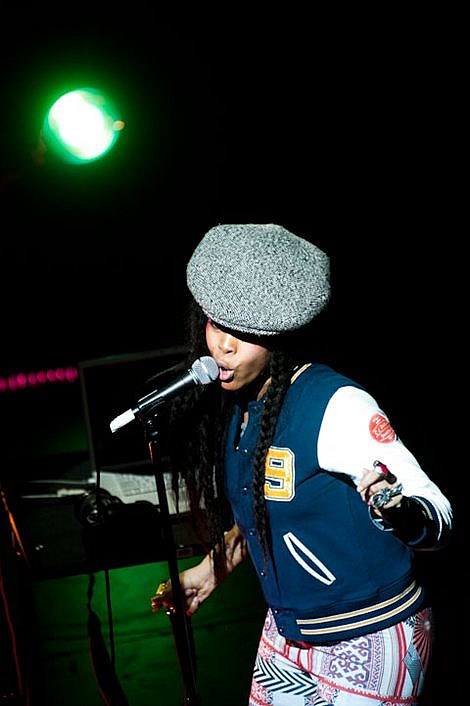 Erykah Badu is going on tour in May, June, July, and August...

Named after the closing track of her latest "New Amerykah Part Two: Return of the Ankh," Erykah Badu has announced the dates for her 2010 North American tour, "Out My Mind, Just In Time." The trek will make stops at amphitheaters and concert halls beginning May 22 at Pier Six Pavilion in Baltimore, MD, and wrapping up on June 24 at The Pearl Concert Theater in Las Vegas, NV.

Badu will be joined by N.E.R.D., Bilal, Janelle Monae and The Roots drummer Ahmir "?uestlove" Thompson.
In addition to "Out My Mind, Just In Time," Badu will also perform during this summer's Lollapalooza festival, Lilith Fair as well as be featured as a special guest at Maxwell's upcoming concerts at Phillips Arena in Atlanta on June 11 and Madison Square Garden in New York City on June 26. [Billboard]

That NYC show is preceded by her own show at Roseland Ballroom on May 25th with Questlove. Tickets are on Fan Club Presale now (password = windowseat) (thanks Eduardo!). More presales start tomorrow and then general sale begins Friday. All dates below...