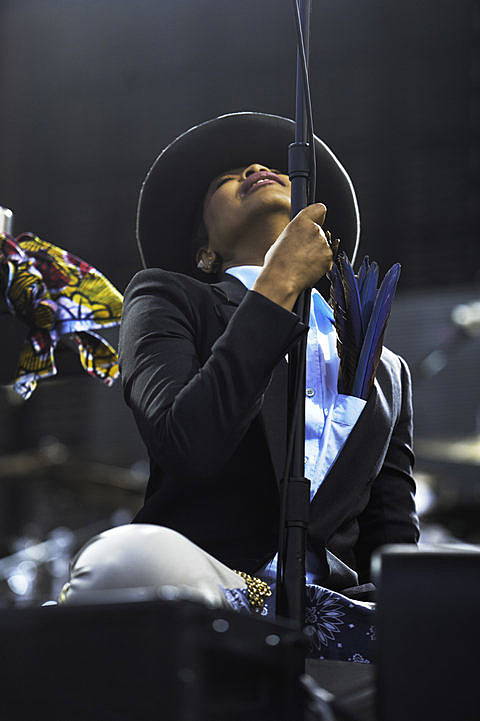 Erykah Badu and her 11-piece producer collective The Cannabinoids will release their debut album "at the top of 2012," according to Dallas Observer, who also note that the collective's members include:

Symbolyc One (lauded of late for his production work with Kanye West, Jay-Z and Beyonce, Picnictyme (producer of A.Dd+'s phenomenal When Pigs Fly), Badu's longtime musical director R.C. Williams, longtime Badu producers Jah Born and Rob Free (both of whom have worked with Badu since her 1997 debut, Baduizm), DJs Big Texas and A1, and drummer Cleon Edwards.

Erykah and the Cannabinoids will be playing some shows together next month that includes a NYC date at Best Buy Theater on December 4. Tickets are on sale now. Only a few other dates have been announced, and are listed below.

--
Erykah Badu and The Cannabinoids at SXSW 2009