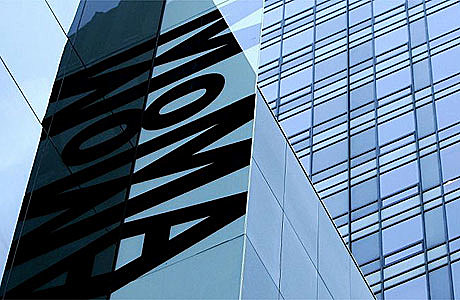 The MoMA is throwing its annual Garden Party benefit on Tuesday, May 26th. You may remember the Party in the Garden from last year's black-tie event with MIA and LCD Soundsystem's James Murphy and Pat Mahoney.

This year the party will feature a performance by Kanye-collaborator Estelle. Tickets are on sale for the event. Packages range from $100 for a single advanced ticket to $100,000 for a "Sponsor lounge for ten".

Looking for something cheaper? One Monday each month, the MoMA is open late (till 8:45pm). "MoMA Monday Nights" are in connection with Mondern Mondays, the "Museum's weekly series of screenings and discussions with contemporary filmmakers." The next MoMA Monday Night will be on May 4th. That night also features a set by Scott Herren, aka Prefuse 73. The next one after that is June 8th.

Also in June, the MoMa launches a new music-related exhibit...

In the mid-1970s, right on the heels of Conceptual art and Minimalism, many visual artists turned to making raw, hard-edged work that addressed urban blight and bad economies. With an ear set to punk, these artists worked in the netherworld between music and media, often forming their own short-lived bands. Their rough, do-it-yourself projects pushed the envelope of interdisciplinary experimentation, which soon spread to underground venues from New York to London, Düsseldorf, and Krakow. This exhibition features music videos, super-8 films, drawings, photographs, and zines from MoMA's collection that explore the melding of music, media, and visual art in the final decades leading up to the twenty-first century.

Party in the Garden flyer, with Estelle videos, below... 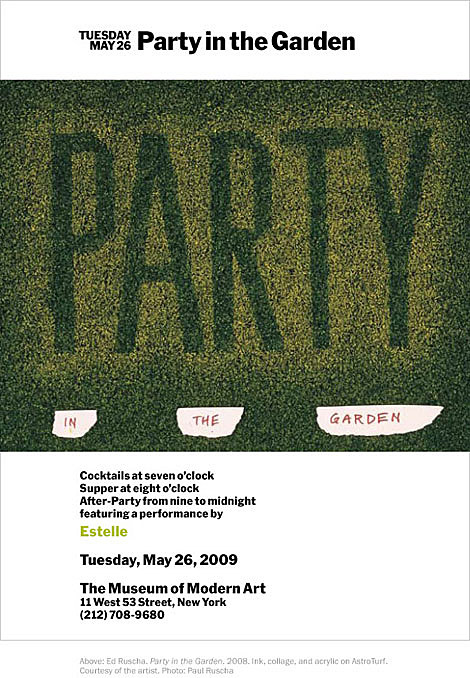