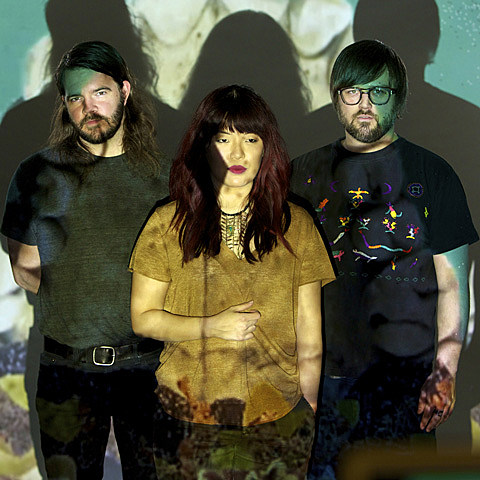 Eternal Summers have made a video for their single "Together or Alone" which is from their fourth album, Gold and Stone, which is out June 2 via Kanine. Japhy Riddle directed the stop-motion animated clip about a lonely honey badger who looks to the stars every night. It's lovely short and you can watch it below. That song is one of the adrenalized songs on Gold and Stone, but more indicative of the dreamier direction Eternal Summers have taken this time is its shimmering title track which recalls bands like The Sundays or even "Linger"-era Cranberries. It's a natural fit for the band and when the "oooooh" chorus hits the song really lifts off. The whole album is full of songs like that and is up there with Correct Behavior as the best thing they've done yet. Listen to "Gold and Stone" below.

The band are currently on tour with Turbo Fruits and shortly after those dates will be in Brooklyn at Littlefield on May 31, which is the 2015 NYC Popfest finale with Club 8, #Poundsign#, Lunchbox, Seabirds, Palms on Fire, Starry Eyed Cadet, and Sapphire Mansions. Tickets are still available. Eternal Summers will be in the city before that, playing Cake Shop on May 8 which is part of the venue's 10th anniversary month. Full lineup (and details on what else Cake Shop has in store) are still TBA. All Eternal Summers tour dates are listed below.