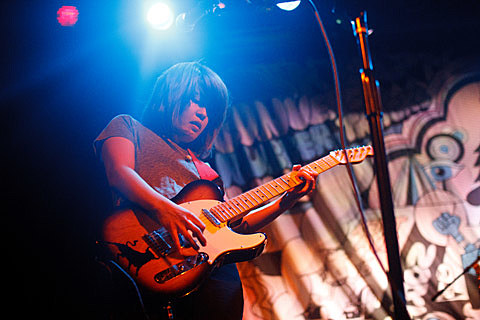 Back in March, Eternal Summers went to Austin to make their new album with Doug Gillard behind the boards. The album, which was funded via Pledgemusic, is titled The Drop Beneath and will be out early 2014. Chances are they'll be playing a few of those new songs live this week in NYC at one of their many CMJ gigs. They currently have four lined up to choose from:

Full line-ups for those shows are listed below.