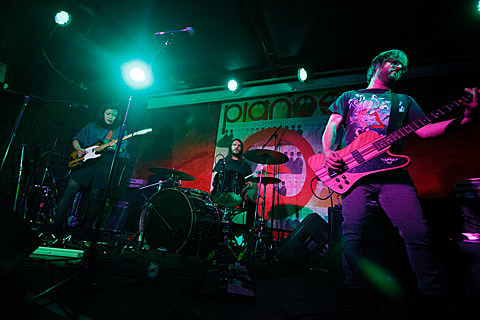 While we wait for Eternal Summers' new Doug Gillard-produced LP, The Drop Beneath (due out early 2014), the band will be hitting the Northeast for a few holiday shows. They'll be in NYC for two shows: December 21 at Cake Shop and December 22 at Glasslands (tickets).

The Glasslands show is the Kanine Records Holiday Party which will also feature a stripped-down set from UK band Splashh (who also play Brooklyn Night Bazaar on 12/7) and charming Philly band Little Big League (who we profiled in September).

All upcoming Eternal Summers dates are listed below...