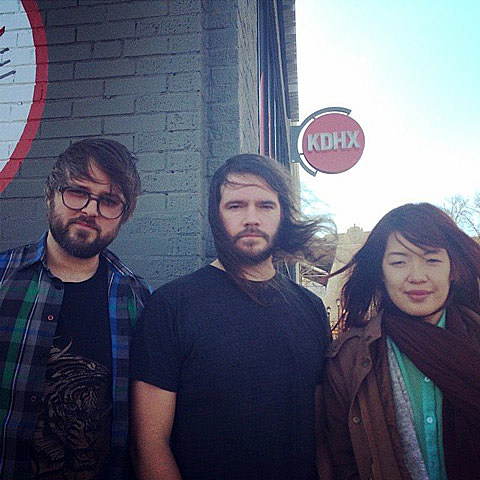 As mentioned, this weekend's live entertainment at Brooklyn Night Bazaar is curated by Kanine Records, with Fear of Men, Beverly, Beach Day and Alvvays on Friday (4/18), and then No Joy, Eternal Summers, Beach Day, and Little Big League on Saturday (4/19). Those shows are free. A few of those bands -- FoM, Beverly, Beach Day and Eternal Summers --- feature on the Non Violent Femmes compilation that Kanine's putting out on Record Store Day (4/19).

After this weekend, some of the bands playing have other NYC shows lined up. Eternal Summers and Beverly will play Cake Shop on Monday, April 21 with Sapphire Mansions on the bill as well. Beverly, which has been up to this point just Drew Citron and Frankie Rose, will make their debut as a full band (which we hear may not include Frankie). Beverly's debut album, Careers, is out July 1 via Kanine. Watch a trailer for it below.

Fear of Men, meanwhile, will play a free show at Baby's All Right on April 23. It's an early show, doors at 7:30 and it'll be over by 10 PM. Openers TBA. Between this, BKNB and their Rough Trade #RSD14 appearance, that's three free chances to see them in NYC in the next week. Fear of Men's new album, Loom, is out April 22 via Kanine, and they'll soon be on tour with The Pains of Being Pure at Heart.

Flyer for the Kanine BK Night Bazaar nights and the Beverly album teaser below... 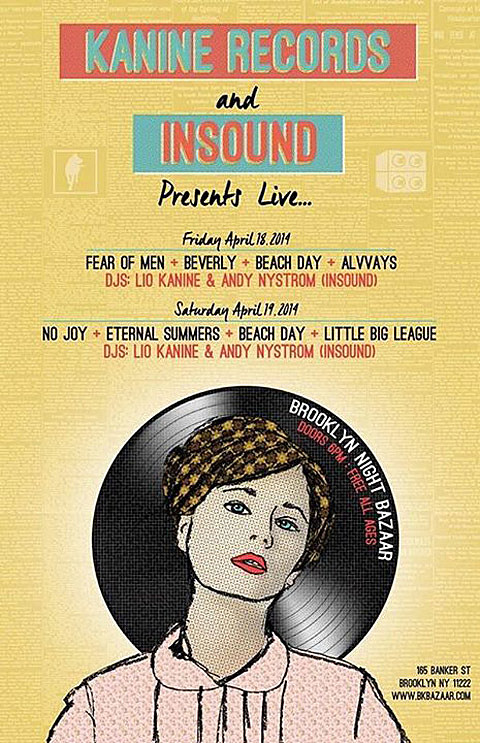