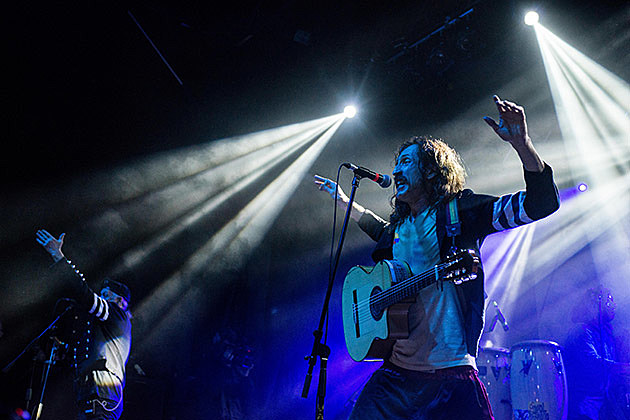 Gogol Bordello frontman Eugene Hutz will perform an "exclusive and first-time collaboration" with Gypsy brass band Fanfare Ciocārlia at NYC's Town Hall on April 22. Tickets are on sale now. Via the show description:

Fanfare Ciocārlia are a 24-legged brass beast whose eastern funk groove has torn up halls and festivals across the planet. Their energy and ingenuity having won them fans from Melbourne to Memphis, Tokyo to Toulouse. Having learnt their craft at the feet of their fathers and grandfathers Fanfare's members proudly approach every concert as a challenge to both entertain audiences and keep the true spirit of Gypsy music alive.

Before that, Gogol Bordello are wrapping up their Gypsy Punks 10th anniversary tour, including New Year's Eve and 12/30 at Terminal 5 in NYC. NYE is a Gypsy Punks show, but 12/30 is a regular set. Tickets are still available, and we're also giving away a pair to the date of your choice. Enter to win, below.