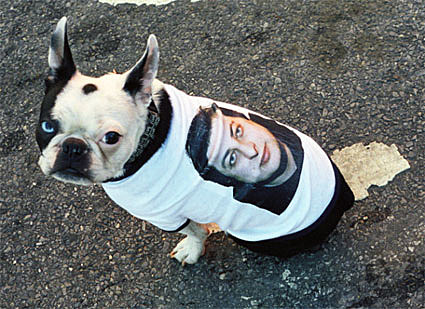 Good ole Brooklyn is going to be the epicenter of some of the world's best comedy from September 25th - September 28th when the Eugene Mirman Comedy Festival rolls into Park Slope. The 4-day festival boasts 10 MASSIVE shows that will take place at Union Hall and the soon-to-be-open Bell House. The exact line-ups and guests have yet to be set in stone, but prepare yourself for a sweet opening night awards ceremony, an Invite Them Up reunion, an Apartment 2F renuion, an installment of Variety Shac, some fresh faces of comedy, a Tearing The Veil of Maya closing night blow-out, and, of course, appearances by the best of the best (think Galifianakis, Birbiglia, Schaal, Oliver, Showalter, The Sklar Brothers, and many many many more....). Here's how the schedule looks thus far:

Tickets aren't available yet, but they will be relatively soon. For more info, check out the Festival's Facebook and Myspace pages.

Tearing The Veil of Maya returns to Union Hall this Sunday. Eugene is also making an appearance at the ATP Festival in upstate NY this month.