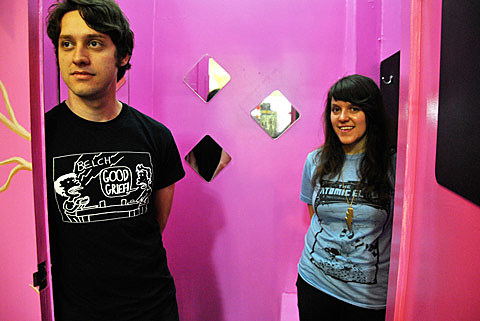 Athens, GA indiepoppers Eureka California released their second album, Crunch, back in May. It's full of catchy songs, charmingly shambolic production, Echo & the Bunnymen references, and a lot of energy. You can stream the whole thing below. We've also got the premiere of the video for "Twin Cities" which you can also watch below.

The band are about to start a tour with Liverpool, UK band Good Grief who are admitted Superchunk obsessives and it shows. The two bands released a split-7" last year which you can stream below. That tour hits NYC on July 23 at Shea Stadium that also features Crow Bait and Deep Pockets.

All tour dates are listed, along with video, streams and tour dates, below...