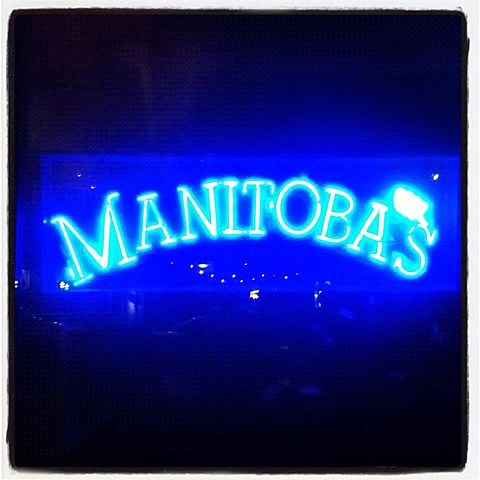 Last month, Avenue B dive Manitoba's (owned by Dictators frontman "Handsome" Dick Mantiboa) launched a crowdfunding campaign to save the bar from closure. Fortunately, the campaign has met its goal and Mantiba's will stay open. Dick writes:

Well, the good news, is, MANITOBA'S has ...BEEN SAVED!

As of 11:59 ET, tonight, Wednesday, the project is over...According to my calculations, we have money to pay the man demanding money, fix the bar to the standards required , buy, package and mail many hundreds of perks, throw my lawyers, who have thus far worked for NOTHING, and asked for nothing, SOMETHING!!!...After that, if any money is left over..WE WILL HAVE A PARTY AT MANITOBA'S

Folks....Whether it's me, the bar, or the bar and me, (it's not important) what is, is that people the world over responded by contributing to my little mom and pop hole in the wall Rock and Roll Bar.

The combination of creating something that physically and vibe wise preserves our great culture has obviously touched a nerve..A heart.

Zoe, Jake, and myself, the neighborhood, and Rock and Roll fans the world over are deeply touched, and we so greatly appreciate your love and support