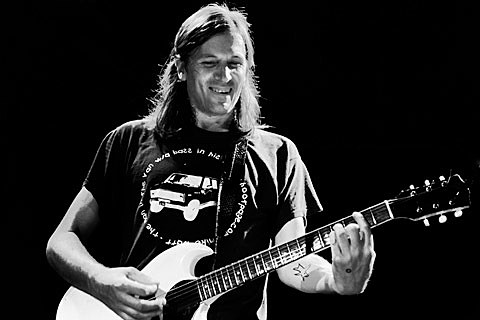 The Lemonheads' Evan Dando, who seems to have his act back together after some spotty times a few years back, and is currently playing shows with a band that feature's Come's Chris Brokaw on guitar and Jen Turner of Inner on bass. Evan has a few more shows coming up, including an NYC stop at Knitting Factory on December 8. No word yet on openers for that show, but tickets are on sale now. He'll also play Philadelphia's World Cafe Live on December 12.

The Massachusetts musician is also set to be inducted into the Boston Music Awards Hall of Fame, so congratulations might be in order if you go to that Knitting Factory show.

All upcoming dates are listed, along with a live acoustic video from 2010, below.