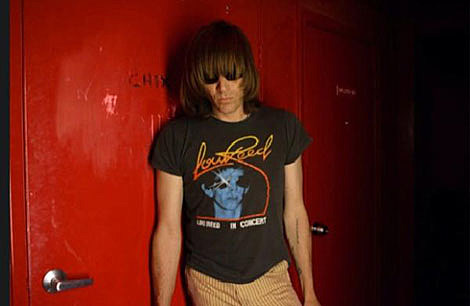 Lemonhead Evan Dando is going on a solo tour starting tonight/Friday (1/29) at Maxwell's in Hoboken (tickets still on sale), followed by Saturday at the even smaller Joe's Pub (still on sale) and Sunday at The Record Collector Store in Bordentown, NJ. The tour runs through all of February and ends back here in NYC at Mercury Lounge on March 6th. Tickets for the last show go on sale today at noon...

Evan will be performing an intimate set featuring songs from his solo album and plenty of classic Lemonheads tunes along with several inspired covers, including some from his most recent covers album, Varshons (06/09, The End Records).

Supporting Evan will be The Candles, the first solo project from Josh Lattanzi, encapsulating the varied styles and influences he's picked up while recording and touring with the likes of Ben Kweller, Albert Hammond, Jr. (The Strokes) and the Lemonheads.