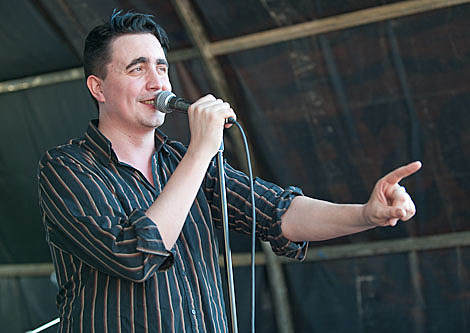 With Dyan Valdés on synth and an old British man on drums/guitars, EWITFR is like a lighter, bouncier, popier version of Art Brut. Fans not fear, the cleverness of Eddie Argos lyrics are still there. Announcing this band as a 'concept' band, Eddie delivered introductions to each song, including songs like Billys Jean, which was a response to the Michael Jackson's song Billy Jean. Other songs included Superglue, a response to Elastica's Vaseline and also 'Do Think Twice' a response to Bob Dylan's song Don't Think Twice. You get the idea.

Because of the small crowd, the show seemed rather intimate. It was made even more intimate when Eddie Argos took the microphone stand directly into the crowd and sang in the middle of the people who were there. At one point, I was looking at my phone to read a text message from Derek or Alli, only to look up to see Eddie singing directly into my face. Slightly embarrassed, I never reached for my phone again - it was that kind of intimate. The show ended with a rant on Avril Lavigne's song Girlfriend, followed by the band covering the original song boyfriend. [Panic Manual]

Everybody Was In The French Resistance...NOW!'s SXSW included the above-reviewed late night set at Galaxy Room, and the BrooklynVegan & Anso day show on Thursday, March 18th at the Spider House. The pictures and video here are from the latter.

The group's previously hinted at North American tour kicks off in L.A. on April 23rd and gets to NYC for two shows on May 12th and 13th. Tickets are on sale for the first of those at Mercury Lounge, and the second at Union Hall.

All tour dates, more pictures & a live video are below... 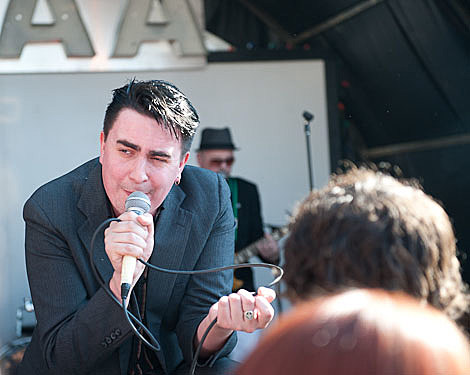 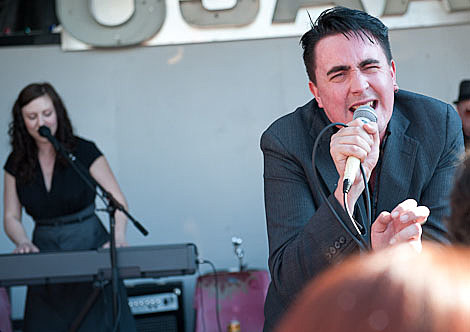 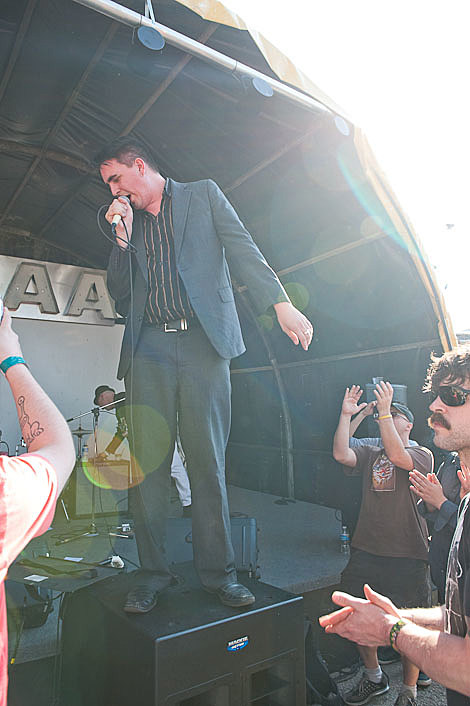 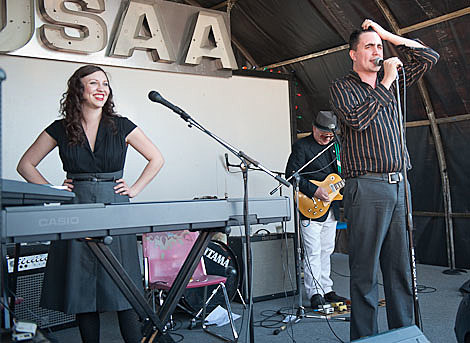 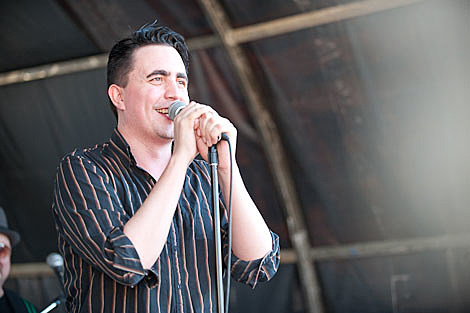 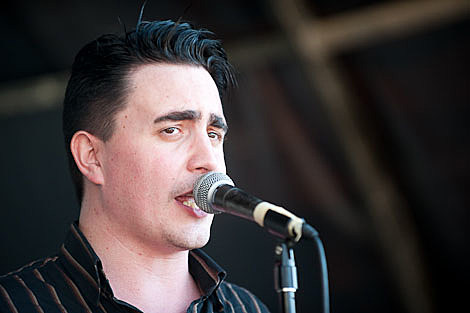 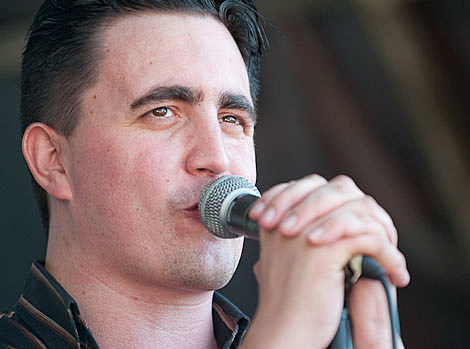 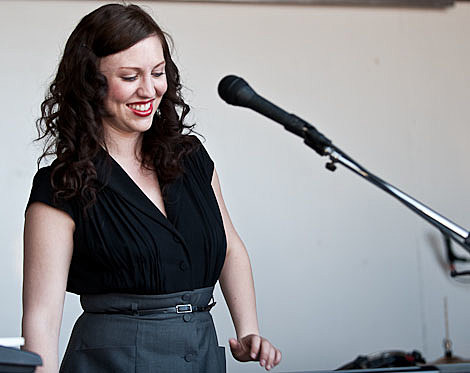 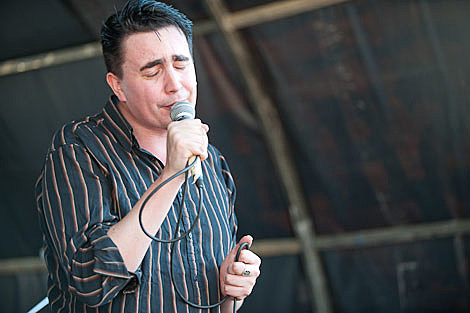 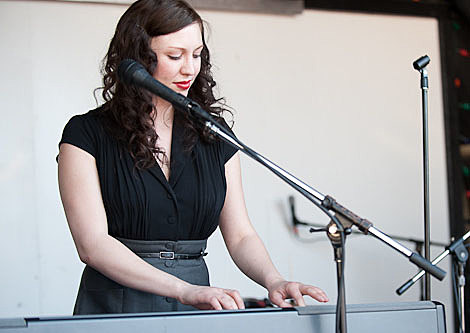 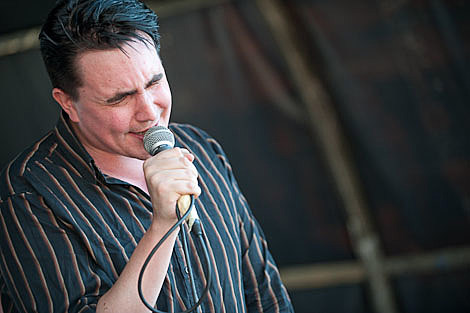 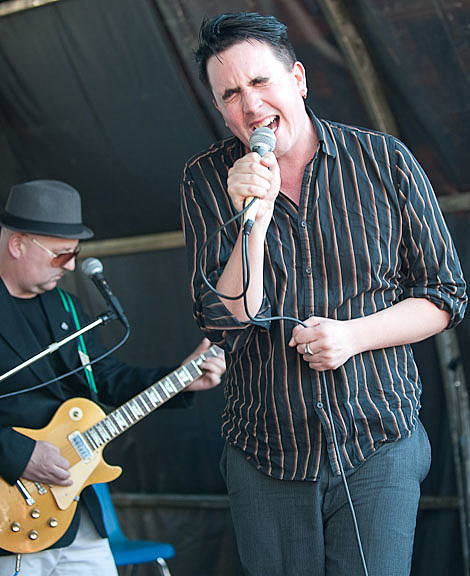 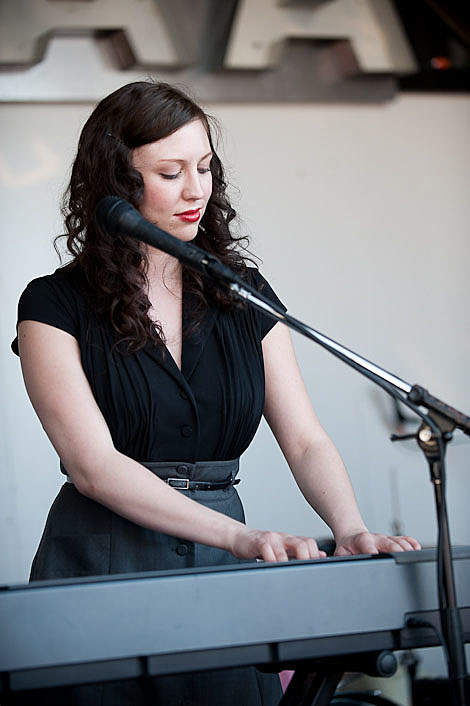 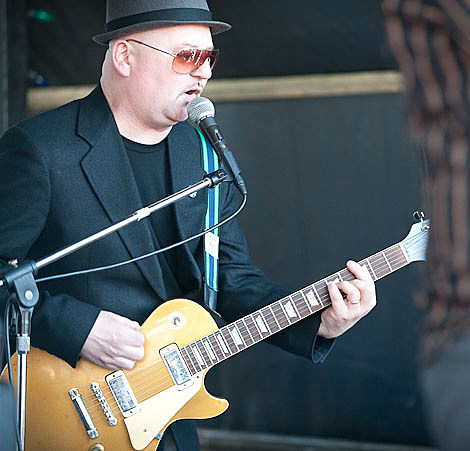 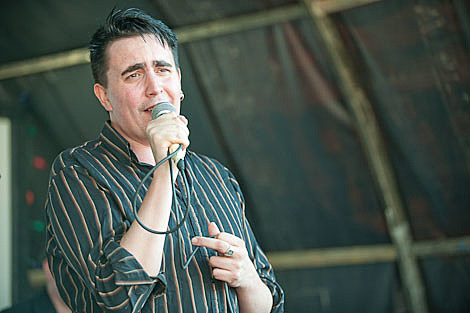 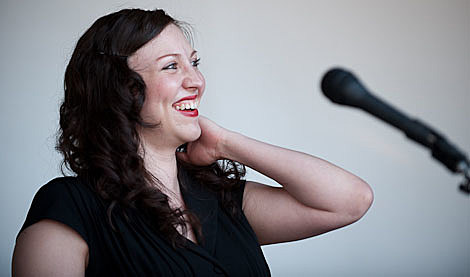 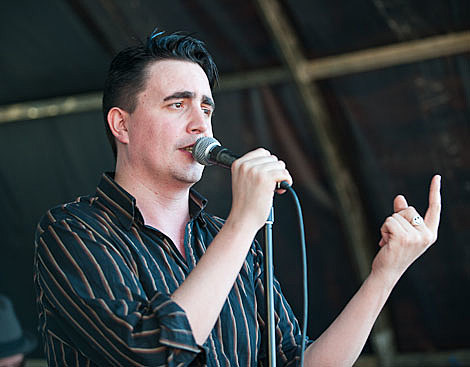 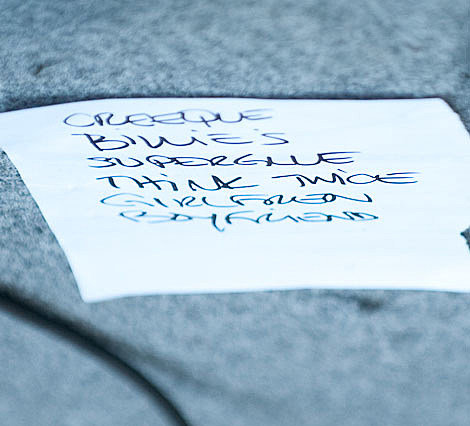 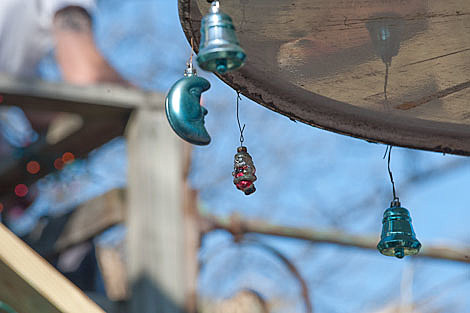 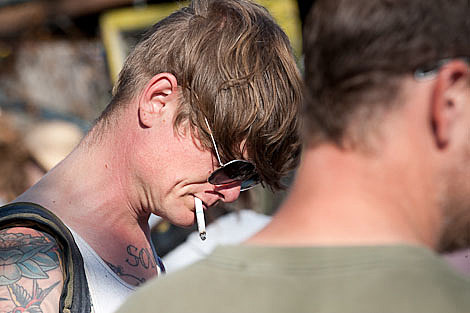 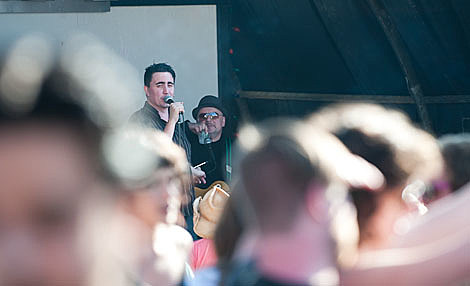 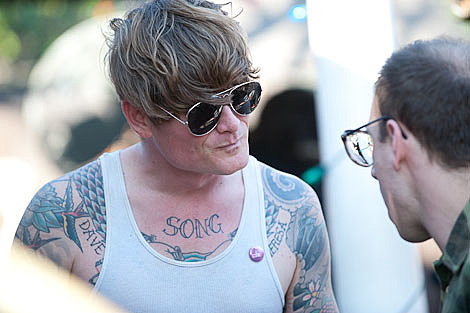 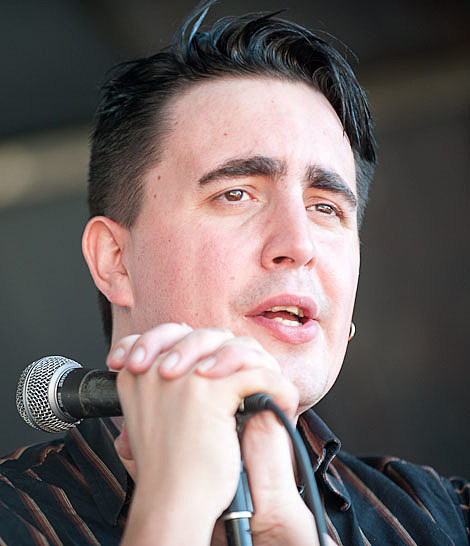 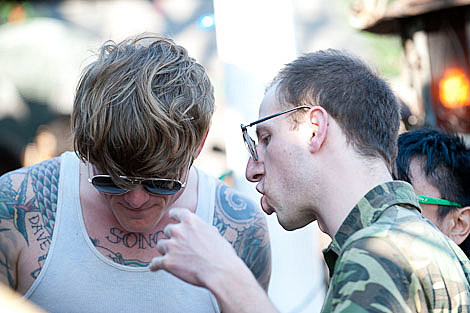 Everybody Was in the French Resistance... Now (Eddie Argos)
Uploaded by brooklynvegan.