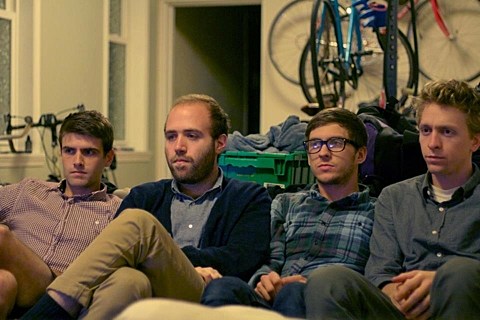 Philly's Everyone Everywhere and NJ's By Surprise are two of the better "new emo" bands, and despite their proximity to NYC, it's been a while since either band has played here. So it's pretty exciting to hear that the two bands will join forces for a Brooklyn show on June 14 at Suburbia which also brings Chicago's Kittyhawk and Nashville's Free Throw into the mix, making for an all-around solid bill. Also, pop rockers Candy Hearts, who could probably headline the place, are opening the show. Admission is $5, doors at 8, bands at 9. Show flyer below.

Everyone Everywhere's last release is their 2012 self-titled LP, which is one of the more indie rock-leaning releases of this kinda stuff (Matt Scottoline also fronts a traditionally indie rock band Hurry, who has shared the stage with Yuck for example). There's hints of Death Cab for Cutie, Jimmy Eat World, Piebald, The Promise Ring, all circa '97-'99, before all of those bands went in noticeably different directions. If you yearn for that brief but great era of music, Everyone Everywhere has got you covered. Stream the album below. Their only other announced date is opening for the reunited Spraynard in Philly this weekend (sold out). 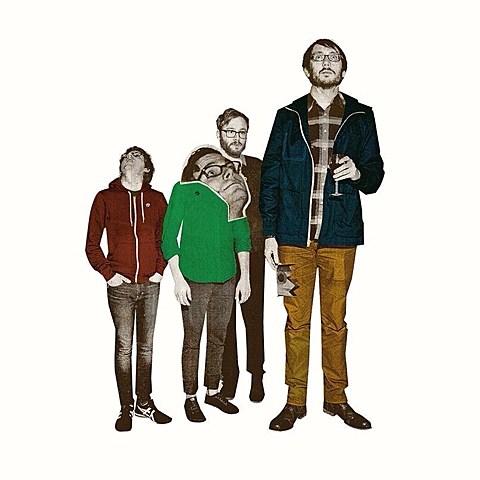 By Surprise's most recent release is also from 2012, the Criteria EP, which is pretty likeminded to Everyone Everywhere (if not even heavier on the Promise Ring influence). It's three songs that leave you wanting more, and if you need more of the power pop goodness of Nothing Feels Good in your life, just wait for the chorus of that title track. That EP can be streamed in full below as well. Their only other upcoming date is also in Philly.

Streams and Suburbia show flyer below... 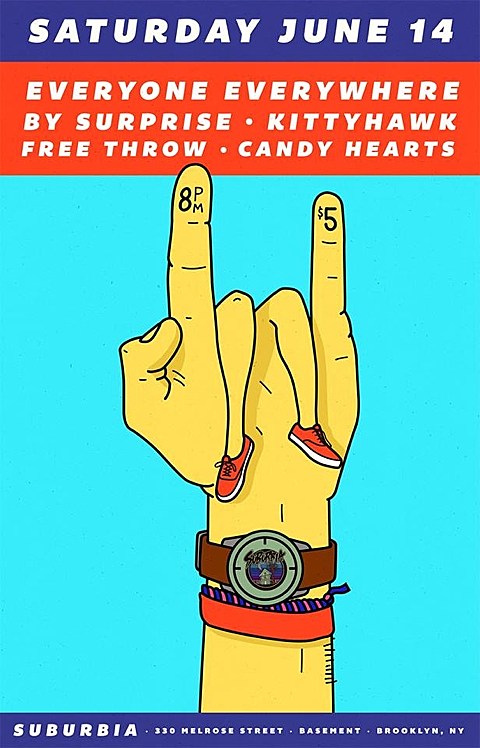