Gods & Queens at Death By Audio (more by Justin Tyler) 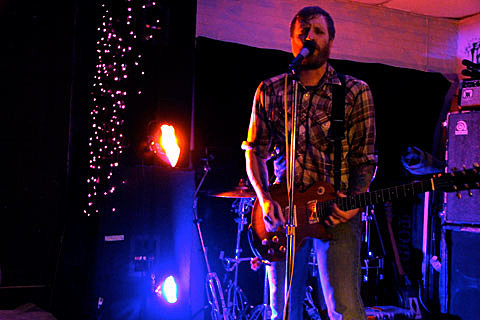 Good times at ABC No Rio tomorrow (7/30), as Gods & Queens will team with STATS as part of a bill that will also include Ain't Rights and Danger Bird. Those of you looking for something to do on a Saturday afternoon, thats not a bad way to start it.

In preparation for the coming Power of The Riff dates on the West Coast, Southern Lord has released a POTR mixtape which features all participating bands. Download that via Mediafire, and if you're on the Westside, make sure and get out!

Black September, who recently signed to Prosthetic Records, are currently on the road and will team with Mutilation Rites and Scowl for an August 9th show at Saint Vitus. Full dates are below.

Deafheaven have a spankin' new Live LP available for download NOW via Deathwish. Download Live at The Blacktop now, and catch them on the road!

Natur will team with Aggressor and Mutant Supremacy on August 26th at Union Pool. Congrats to Natur, who recently signed with Earache!

Fun Fun Fun Fest will be announcing their full Austin lineup soon, but meanwhile they've revealed that one of the bands playing this year is Slayer!

Check out a fascinating interview with the always candid Steve Austin of Today is the Day, as well as a stream of a new track at NPR. Previous new track HERE.

Listen to the new Falls of Rauros.

More suggested shows and a 1997 video of Eyehategod at Irving Plaza is below. What did I miss?