Iron Lung at Chaos in Tejas (more by BBG) 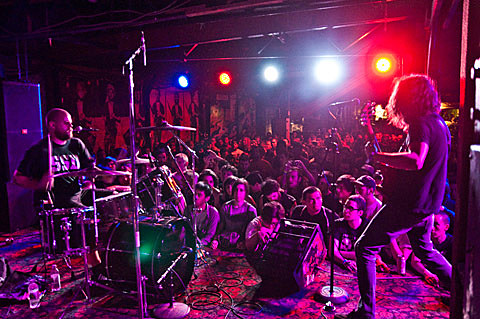 Kromosom (ex-Pisschrist) will bring their furious d-beat to The Charleston on 7/2, with an assist from Mundo Muerto, Porkeria, Perdition, and Gash. $8 gets you in. Then the next day, Porkeria and Mundo Muerto will play NYC again, this time with Deformity and Putrida at Tommy's Tavern.

Holy shit, YOB have released a new MP3 from their forthcoming ATMA and it is MASSIVE. Stream it at Stereogum, and catch them on tour with Dark Castle, including at Le Poisson Rouge on 7/12 (tickets).

Dead Language, featuring members of Iron Lung, Walls, Pig Heart Transplant, and No Comment combined into one pummeling supergroup, have released their debut LP which is available via Iron Lung Records. Order one, and check out the blistering first song "Short Straw" streaming below. Bee-rew-tal. Iron Lung will be at Best Friends Day this year.

REMINDER: Deafheaven plays NYC TONIGHT (6/17) with Gholas and Planning for Burial. $8 gets you in OR you can try for winning a MEGA prize-pack over at our Facebook page.

After six years, Craft have released the new song "Succumb to Sin" from their upcoming VOID, the follow-up to the much loved/hated Fuck The Universe. Released by Southern Lord in the US, the 49 minute LP will be released on August 5th and you can hear the first song below.

All song streams, Kromosom dates and more suggested shows of the week are below. 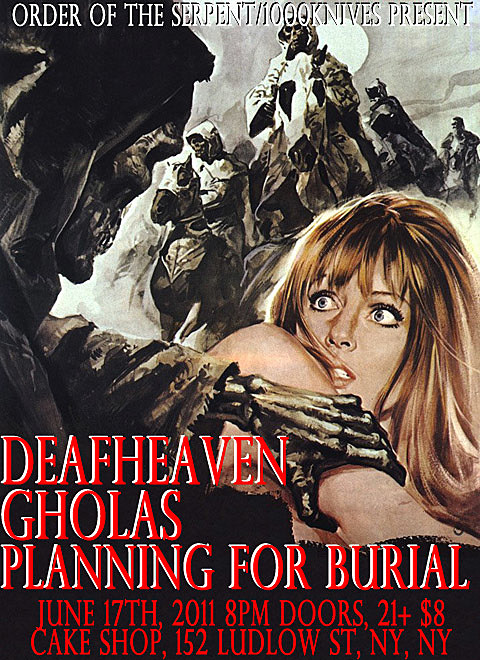