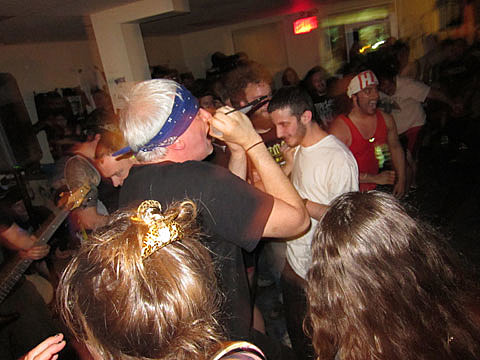 The next couple weeks will be cold with shows, as NYC and the East Coast prepares for the onslaught that is Maryland Deathfest (who recently announced set times)! Not ice cold, though. Saint Vitus will host a few shows, including Vitamin X with Living Void, Grudges, Brain Slug on May 17 (tickets) and Ingrowing, Gride, Ahumado Granujo and Mother Brain on May 21 (tickets).

Death & roll favorites Ilsa will join Order of the Owl (mem Zoroaster) and Marching Teeth at Acheron on May 12 (tickets). The show is one of a trio of dates for the band, all of which are available below alongside a stream of some material.

This week at InvisibleOranges we discussed Metal Beers, the passing of a legend, the quailty (or lack thereof) of the new Black Flag, highlighted Stella Natura, reviewed Burialkult, got hyped on tours with Windhand, Cobalt, Kreator, Melechesh and Speedwolf, checked out photos/review of Opeth, Batillus and Goatwhore, and premiered new tracks/video from Sofy Major, Agrimonia, Envy, The Body and more. Head to Invisible Oranges for it all.

All Evillive-approved shows are listed, along with related streaming audio, below.

Jeff Hanneman, Rest in Power! You will be missed.