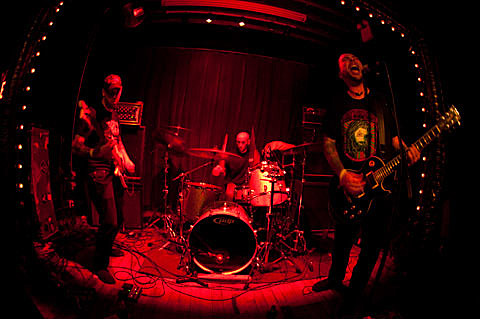 A few notable updates to some previously announced shows.... Unearthly Trance, who released the incredible V (one of my faves of 2010), has been added to the previously discussed Doomriders/Sweet Cobra riff-a-thon happening February 12th at Union Pool. Tickets are still available.

On the much more imminent tip, Mortals and The Ominous Order of Filthy Mongrels have been added as support to the Toxic Holocaust show at Acheron on 1/12. Mortals recently returned from tours with Mutilation Rites and Wizardry and have a new album out now called Savanager. Stream that below, and pick up a copy via their bandcamp. TOOoFM recently dropped their demo on Chainsaw Safety Records, and are currently writing their first full-length LP.

A full list of great shows in the coming weeks and that Mortals stream is below.