High on Fire during SXSW (more by Greg Cristman) 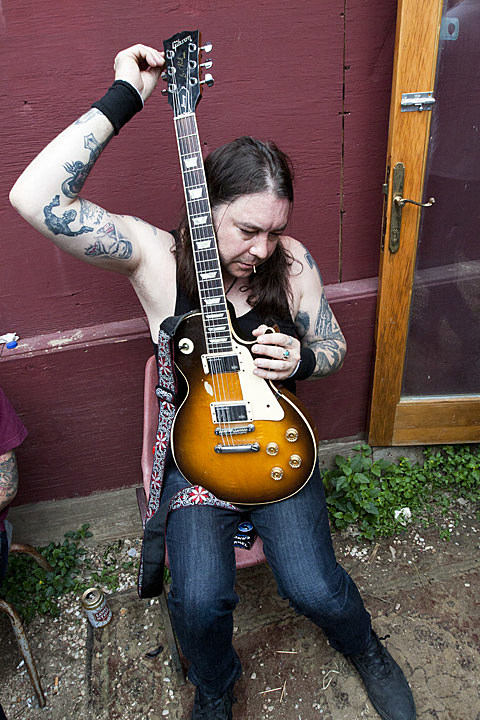 "High on Fire would like to thank everyone involved with the Rockstar Energy Drink Mayhem Festival for the opportunity to be a part of this year's tour," said the band in a statement. "We regretfully will have to bow out as our friend and bandmate begins his recovery, but very much appreciate having been asked to be a part of this summer's festival run."

And with that statement, High on Fire have exited their previously discussed appearance on said tour. Best of luck to Matt Pike, who we last (for a while?) saw at Scion Rock Fest as part of Sleep. No word as to what that means for the NYC shows scheduled on that tour.

Evoken have signed to Profound Lore and are readying their new LP Atra Mors for release. The NJ funeral doom crew will release the long-player on July 31st and the record features eight new tracks from the crew including "An Extrinsic Divide", which is available for streaming below.

On a completely different note, Sick Fix will release Vexed via A389 Records, another slab of hardcore fury from the band featuring a member of Magrudergrind. Stream the new track "Boudica" below.

All streams, suggested shows and more are below.