High on Fire at Fun Fun Fun (more by BBG) 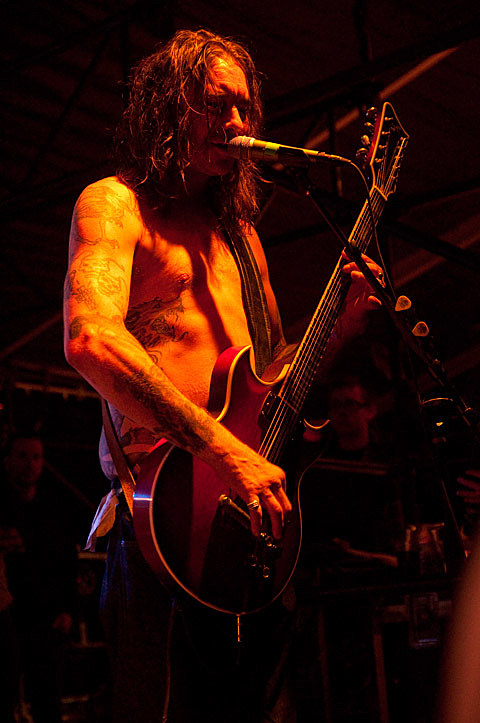 As you might have heard, High on Fire is back with De Vermis Mysteriis, the band's new LP due on April 3rd. Check out the first track from the LP below as originally surfaced on Pitchfork. Reminder, High on Fire will play the BV/POTR show on 3/16 as part of the four-day Deathmatch series at Scoot Inn and though details on the rest of the Deathmatch shows are still TBA, we'll have those when they surface.

In related news, Show No Mercy is coming to Austin for SXSW. The show is one of many upcoming dates for Black Tusk.

I also announced a day show happening at Lovejoys in Austin on 3/17.

Crusty DM crew Deviated Instinct reunited in 2007 and are hitting the road for a string of US dates surrounding their MDF and Chaos in Tejas dates including a stop at Acheron on May 25th with Dresden, Nomad, and Koward. Nomad will also play tonight at Lulu's as part of their 7" release and tour kickoff party. All Deviated instinct dates are below.

Deicide kicked off their US tour last night and will hit NYC on Saturday (3/3) at Best Buy Theater. Tickets are still available. The band will be joined by Jungle Rot, Abigail Williams, and Lecherous Nocturne on this current trek dubbed "March Of Death 2012".

Antithetic Records are currently running a fundraiser for the Wildernessking record. Head to the label site to stream The Writing of Gods in the Sand in full and donate if you can.

German thrash crew Destruction will celebrate 30 years as a band with a round of US dates in May. Look for the tour, which also includes Warbringer, Vital Remains and Pathology, to hit NYC at BB King's on May 16th. Tickets are on sale.

Revenge's SCUM.COLLAPSE.ERADICATION is out NOW via Nuclear War Now. Order your copy at their site and stream a song from the record, "Retaliation (Fallout Prayer)", below.

Stream the new Wizard Rifle in full at Invisible Oranges. The LP, entitled Speak Loud Say Nothing, is due via Seventh Rule on March 13th.

Did you read the interview with Locrian & Mamiffer by Eugene Robinson yet?

More suggested NYC shows, dates and the stream for that Revenge track below. 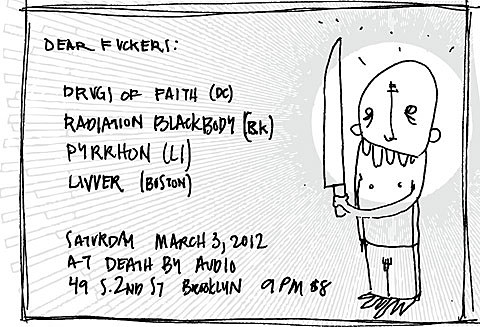 Antithetic Records are currently running a fundraiser for the Wildernessking record. Head to the label site to stream The Writing of Gods in the Sand in full and donate if you can.