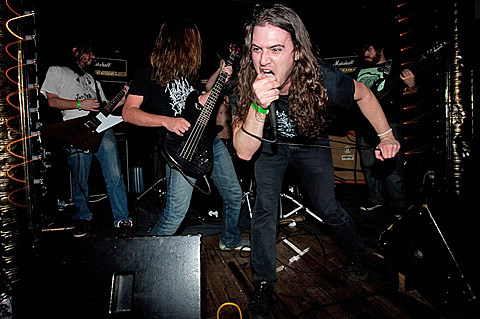 Inter Arma will hit Acheron on 10/26, joined by Batillus and Belus. The $10 show is part of Inter Arma's East Coast/Mid-West tour in late Oct/Early-Nov. Full tour dates are below.

Also Richmond-ites Balaclava have welcomed their new LP Crimes of Faith via Forcefield/Southern Lord, and will hit the road for some East Coast dates next week including a stop in NYC at Acheron on 10/23 with Gang Signs. This show is FREE and open to the public, with a donation accepted at the door. Stream music from Balaclava at their Facebook site. Recommended for fans of downtuned, negative hardcore.

Elitist are in town this week, and will play NYC at Acheron on 10/24 with Sea of Bones, Alkahest, and Sannhet (who support Bison BC on Monday). Don't miss them. They ripped at Cake Shop with Gaza in their last go-around.

No Statik (mems Artimus Pyle, Scrotum Grinder, Look Back And Laugh) released a killer LP this year with We All Die In The End, out now on Prank Records. The band will bring their brutal live show to the East Coast for a set of dates that will include NYC on 1/7 at Acheron. Don't miss it. Check out some live video below for further proof.

Support has been added to BOTH previously discussed Thrones/Danava shows. Caltrop and Psychic Limb (who play a boat for CMJ on 10/22) will support at Acheron on 10/27, while 10/28 at Union Pool will mean Ben von Wildenhaus and La Otracina.

Obituary have added a string of East Coast dates, including NYC at Santos Party House on 11/19 with Denial Fiend. Ticketing info is forthcoming.

If, for some reason, you still follow Fu Manchu, look for them and Santos on 11/15 with Honky (J.D. Pinkus of Butthole Surfers) and Shrine. The band will performing all of In Search Of in its entirety. Tickets are on sale.

Kim Phuc will release their new LP Copsucker via Iron Lung Records. Check out a new song below.

Agnostic Front is back with a gang of tough guys at Santos Party House on 11/4. Support will come from Setback, Naysayer, Mongoloids, and Incendiary. Tickets are on sale.

Brain Killer will headline a Nick Poot Memorial on 11/26 at Tommy's Tavern with Green Beret, which features members of Social Circkle.

More suggested NON-CMJ NYC shows (look for a CMJ guide momentarily), some flyers, and some video below.... 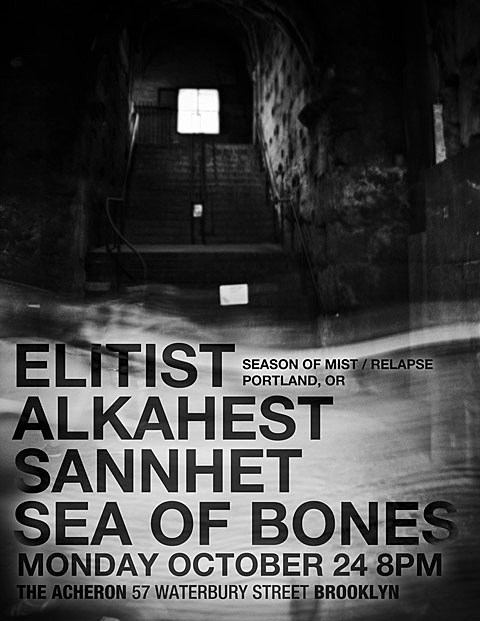 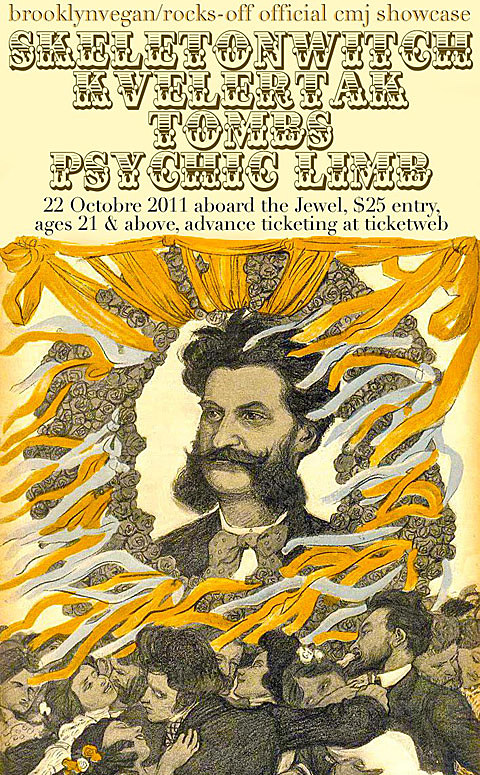