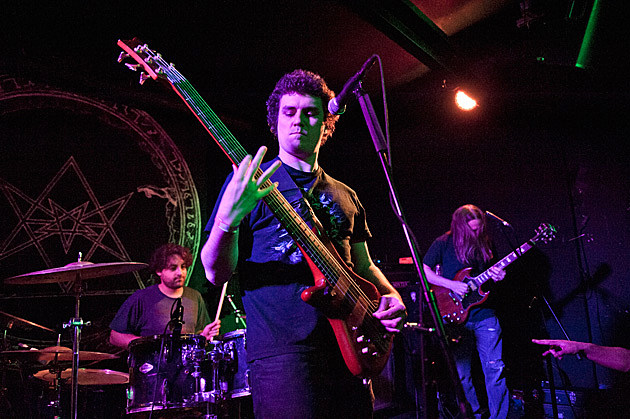 Heavy heavy weekend of shows kick off tonight, featuring appearances from Malignancy/MOD, Krallice, Night Birds/Omegas, Descendents and so much more in addition to notable noise shows like Hair Police. Its going to be a nice weekend, so get out to the shows! For more suggested metal/hardcore/punk shows, head to our fancy new NYC Metal Show Calendar. It rules.

If you missed it, in the past couple weeks on InvisibleOranges we interviewed Mike IX from Eyehategod; reviewed the new Exhaustion demo; followed Deafheaven on their current tour; posted the new Oathbreaker, Exhumed and The Secret videos; streamed material from Coffins, Carcass, Kayo Dot, Twilight of the Gods, Cardiac Arrest/Mutant Supremacy, Lustmord, Mammoth Grinder, Unkind and Villains; reviewed Martyrdoom; welcomed Mike Hill of Tombs and Robert Nelson/Owen Rundquist of collective Mutant Supremacy/Trenchgrinder/Skullshitter/Anicon fame to our East Village Radio show; and caught Wrekmeister Harmonies in their native Chicago.

Did I mention our TWO night CMJ showcase with Pelican? Head on over to InvisibleOranges to see what you're missing!

As discussed above, tune into Invisible Oranges on East Village Radio every Tuesday at 10 PM Eastern. Check out this week's episode in the EVR archives and you can check out the playlist too.