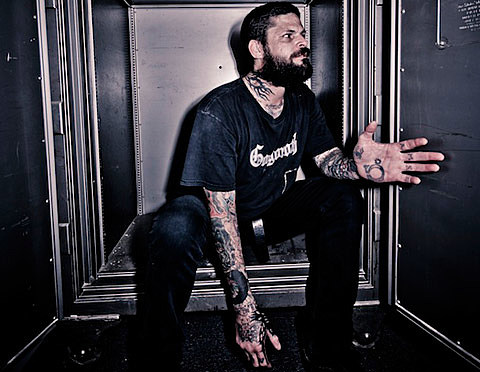 Jef Whitehead, aka Leviathan/Wrest, who was arrested in January 2011 and charged with sexually assaulting his then-girlfriend, has been acquitted of all but one (aggravated domestic battery) of the 34 charges against him and will now serve probation as reported in the Chicago Reader. Look for Whitehead on the road as part of Chrome Waves when they tour later this summer. We posted the first taste of Chrome Waves songs in January, and the band has a new self-titled debut LP due on Gravedancer.

Drew Mack is leaving Hull, but not without one farewell show! The final triple guitar-attack version of Hull (though no word on if he'll be replaced) show will go down on June 29th at Acheron with guests Praetura, Gang Signs and Blackout.

North, from Arizona, are currently in the midst of a US tour and will play The Charleston on June 23rd with My America. Full tour schedule is below.

Mutilation Rites will team with Blood of Kings (ex-Wolves in The Throne Room) and Brohammer for a show at ABC No Rio tonight (6/22).

Sons of Tonatiuh will team with locals Pyrrhon for a show at Saint Vitus on July 19th, one of a few select dates for the Atlanta sludge team. Tickets are on sale.

All Evillive-approved NYC shows and a widget for the new "Profound Lore live" EP that hit via Scion is below.