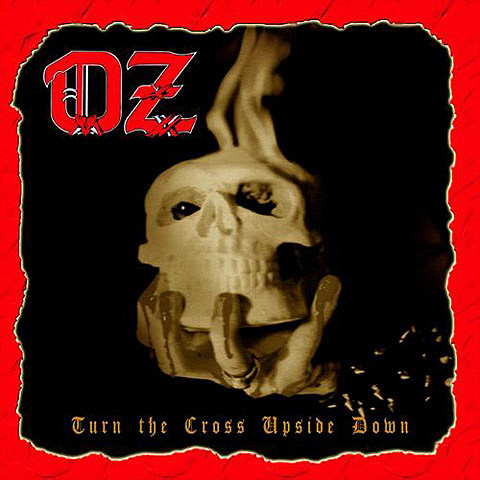 The year is 1985, and a pair of thrash bands named Slayer and Venom were preparing to head out on a US tour with a Finnish metal band named Oz

Oz (written OZ) is a heavy metal band from Finland who formed in 1977 and split in 1991. In 2010 drummer Mark Ruffneck (born Pekka Mark), bassist and main songwriter Jay C. Blade (born Jukka Homi, but has changed his name to Jukka Lewis) and vocalist Ape De Martini (born Tapani Hämäläinen) re-formed the band together with Costello Hautamäki and Markku Petander.

They made a splash with their 1983 album Fire In The Brain, a New Wave Of British Heavy Metal-flavored energetic metal affair that won over critics and fans alike

Unfortunately, Oz had to give up that tour slot to a little band called Exodus, and the rest is history... The legendary Combat Tour was born.

Now after 28 years, Oz will finally fulfill their destiny with a trip to the US! Look for the band to be joined by October 31, Attacker and Natur at Saint Vitus on Saturday (5/11) Tickets are on sale, and you can stream some Oz material below.

Filipino warbringers Deiphago have scheduled a set of dates surrounding Maryland Deathfest, most of which will bombard the East Coast with their version of black death. The dates include a stop in NYC at Saint Vitus on May 28th with Mutant Supremacy, Damnatum and Agrath (tickets). All dates are below.

Check out "Prophecy" from Polish grind crew Antigama's Meteor, below. Look for the LP on Selfmadegod Records on May 28th 2013.

This week at metal blog Invisible Oranges we discussed the insect swarm, remembered the great Jeff Hanneman, got ready for new material by Wrekmeister Harmonies, got excited about new material on Hell's Headbangers, checked out the new Blind to Faith, interviewed Uncle Acid & The Deadbeats, discussed the Nails show and much much more. Join the party!

A list of upcoming NYC shows, a teaser for the new Coffins LP and more, below.