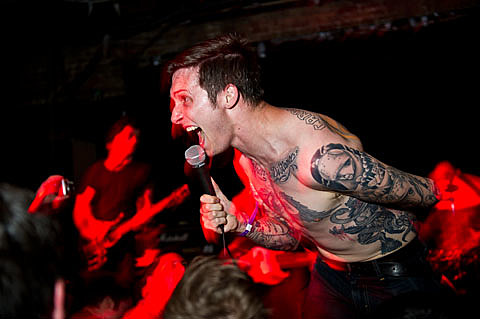 After strong shows at Chaos in Tejas, we are starting to get some of the touring bands coming through the NYC area. We already discussed upcoming shows with Kieltolaki, Title Fight, and Origin of M, but you can also catch See You in Hell in the next few days! The Czech band was was pretty ripping at Chaos in Tejas, and now you can czech them out (rimshot) with fastcore speed demons XBrainiaX, Grudges, and Mutant Supremacy at the Acheron on 6/15.

After playing with tough guy death-metallers Defeated Sanity last month, Dysrhythmia will team up for another show with Guzzlemug, Pak, and Xaddax at Death By Audio on June 29th.

More suggested NYC shows and some video from Chaos in Tejas (including full sets) is below.