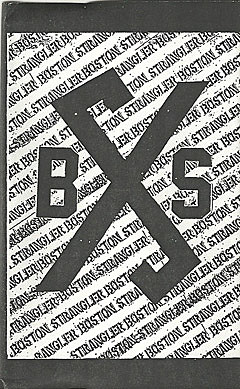 You might have missed it, but Boston Strangler released an incredible demo with the ultra-limited Outcast cassette last year. The band, which is primarily the brainchild of vocalist Ban Reilly (also of the incredible Scapegoat) (get their latest now... highly reccomended), has enlisted members of Mind Eraser, Rival Mob, Social Circkle, and a few notable others to churn out some incredible early 80s-style negative hardcore. The band plays a rare show at Acheron on September 17th with Beware (mems of Mother of Mercy). check out some live video below.

The show cancellation count keeps growing. The previously discussed cancellations of shows at the Acheron (including Victims/Defeatist on Sunday), is joined by the latest victim of Irene, Vreid, Kampfar, Necronomicon, and Grafvolluth at Europa. As more shows cancel, we'll keep you posted.

DC's Give will headline Acheron on 9/9 with Devotion and Too Many Voices (mems of Kill Your Idols).

Karma To Burn are back on the road, and hit Saint Vitus with awesome Black Pyramid and Bezoar on Sept 8th. Full tour schedule is below. KTB's newest album, V, is out now.

All Karma To Burn tour dates, more suggested NYC shows, and some video of Boston Strangler as well as classic video of Sulaco, Spazz, Crossed Out, and Neurosis, below...