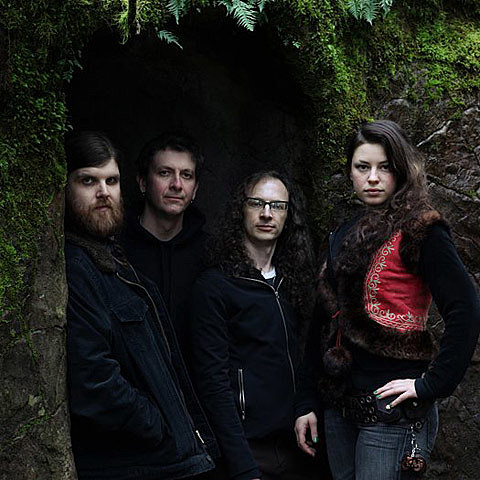 Witch Mountain, who play Scion Rock Fest this weekend, are on the road with Lord Dying later this week and will swing by Saint Vitus on June 8th. Tickets are still available. WM, who released their South of Salem LP via Profound Lore, quickly sold out of the first pressing of their disc and the second pressing is now available via their own Monastic imprint.

'The show will also double as a Bezoar record release party for Wyt Death, the band's new LP which is streaming below, along with tracks from Lord Dying and Witch Mountainbelow. Did I mention that Rhode Island's Pilgrim is also on board?

Wolvhammer has dropped off of all dates with Dragged into Sunlight, including Saint Vitus on June 14th. The band has been replaced by North Carolinians Make, who toil in psychedelic doom. Check out a stream of their LP Trephine below, and get your tickets while their still available.

This month's Show No Mercy has dropped at Pitchfork, featuring interviews with Atriarch and Nachtmystium and a new track from the latter.

Also, check out Ulver's cover of We The People's "In the Past" which will be on their upcoming covers LP Childhood's End. Listen to it here.

All suggested shows, listed Lord Dying tour dates, streams and live video from MDF is below. What did I miss?