Woe @ Acheron in May 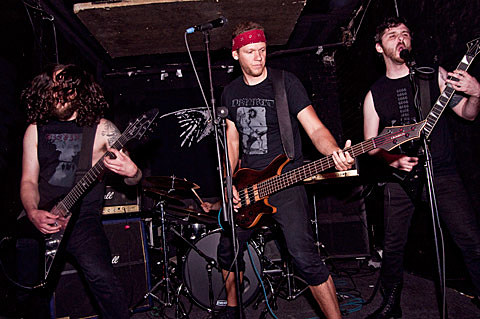 Get ready for the ONSLAUGHT of tours this fall! Woe have been added to next week's 40 Watt Sun show at Public Assembly (on 9/16) with one more still TBA. The Philadelphia black-metal crew will also support Mayhem on their upcoming tour. An unpublished set of pictures from their surprise appearance at Acheron in May with Bastard Sapling and Inter Arma is in this post.

Disma is playing the 9/17 at Cake Shop with Drawn & Quartered who play a pair of shows in NYC next weekend. Mausoleum, Death Sick, and Mutant Supremacy are scheduled to play both, the second being at Saint Vitus on 9/16.

Also going down this weekend, and FREE is the Hull/Wizardry/Dead Sands show at Union Pool on Saturday (9/10). Wizardry recently parted ways with long-time guitarist Matt Klickstein. The band's statement on his departure is below.

As previously mentionned, Anthrax are playing a private show at Best Buy Theater in NYC on 9/12 ahead of their "Big Four" appearance at Yankee Stadium. Tou can win tickets on our facebook page. Anthrax also just played Fallon and announed an October tour with Testament and Death Angel.

Stream a new Rwake track from their upcoming Rest at Pitchfork.

Some excellent album streams also also below, including Death Of This Dry Season by Brainoil (previewed here), and the Mournful Congregation collection The Unspoken Hymns. Also, don't miss out on the new track from Fuck The Facts' upcoming Die Miserable, "A Coward's Existence"

Serpentine Path (aka Unearthly Trance plus Tim from Ramesses/Electric Wizard) will release a new 7" on Parasitic Records.

Have a great weekend, and head out to the shows! More belated Woe pictures, the album streams, the Urfaust after-party details, some classic video and more suggested NYC shows for the coming weeks below.... What did I miss? 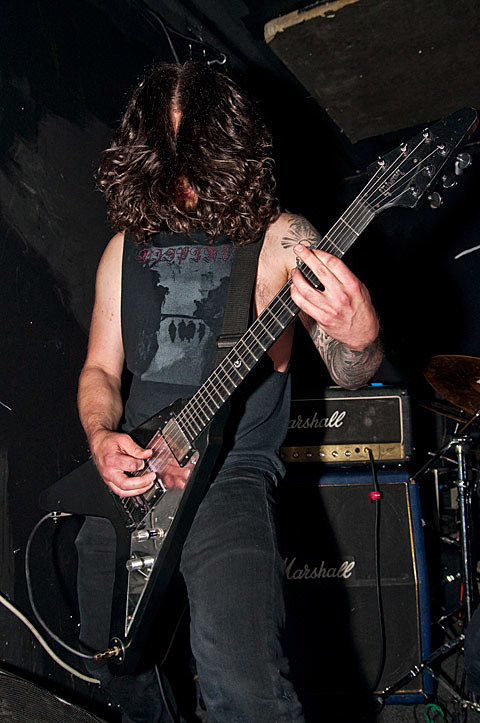 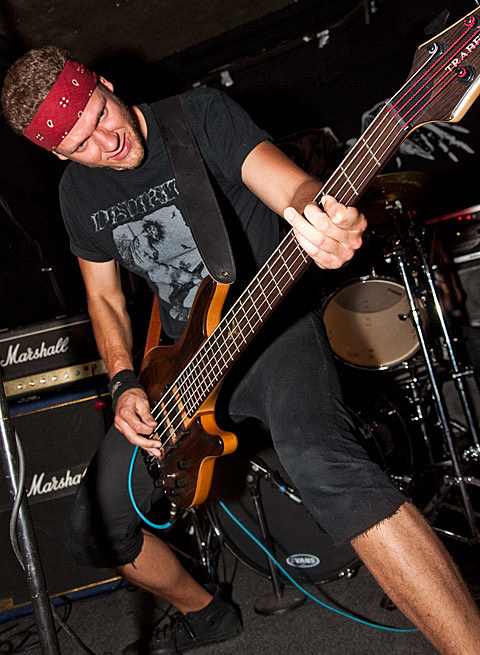 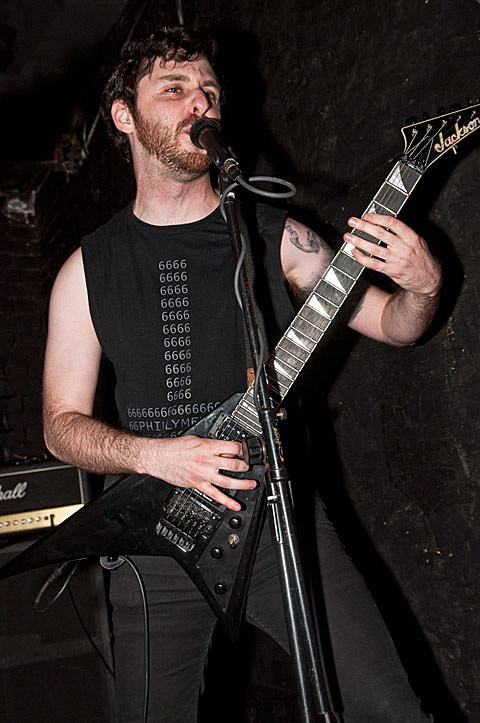 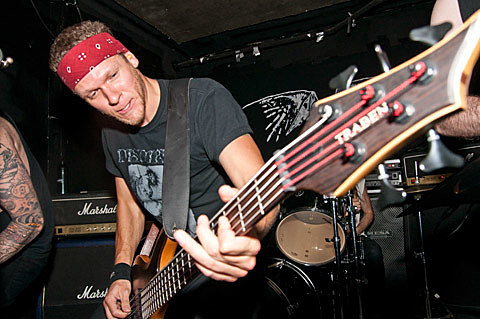 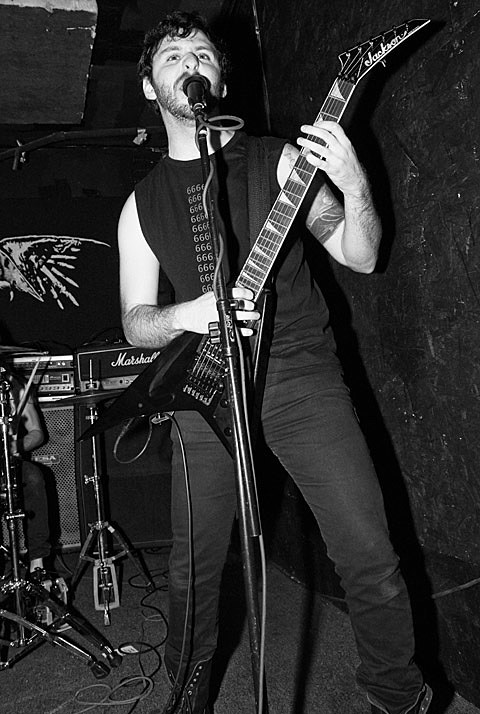 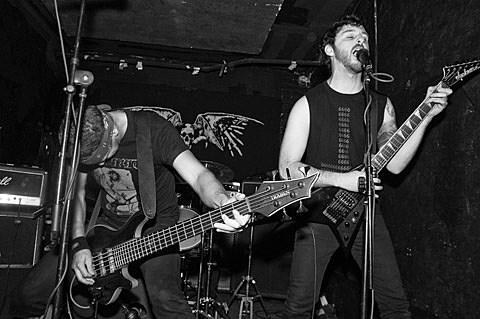 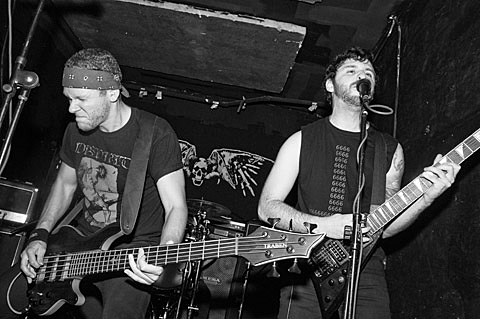 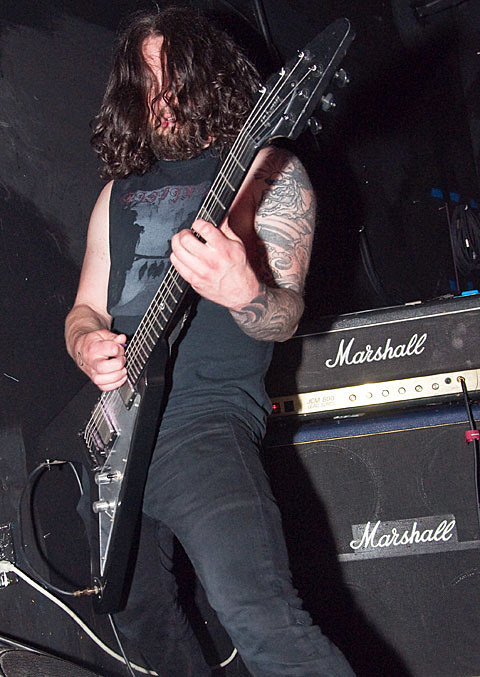 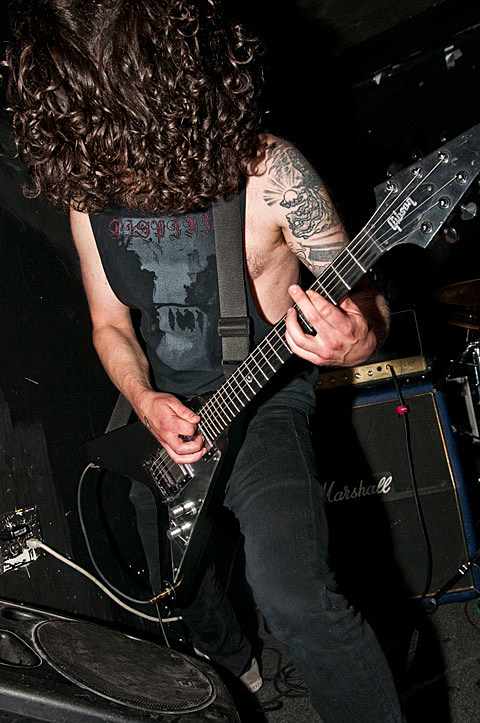 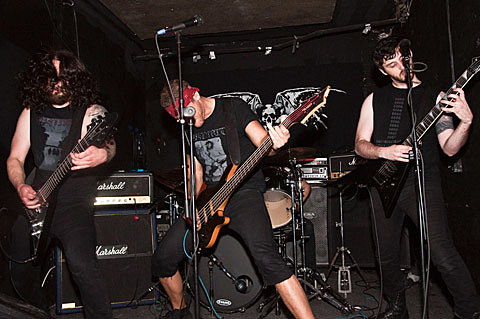 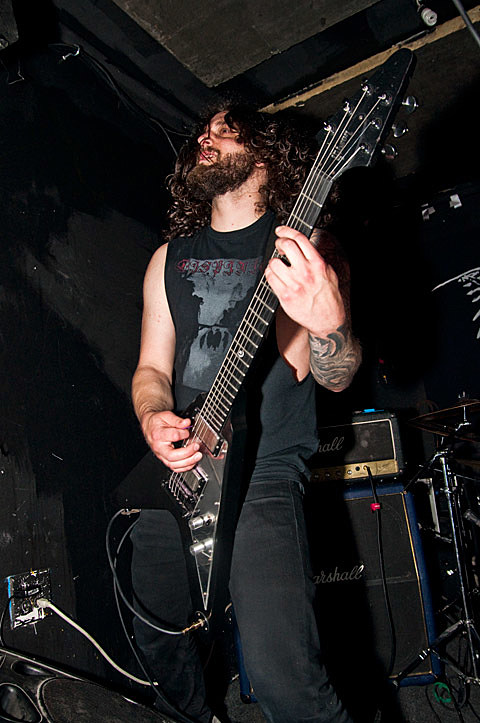 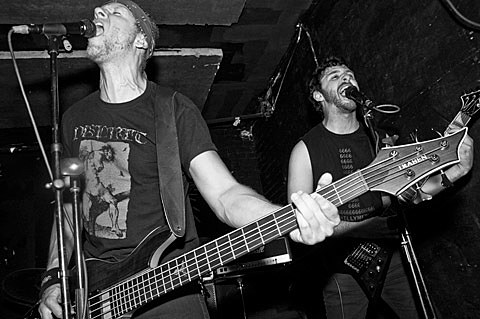 A LETTER FROM WIZARDRY:

Wizardry regrets to inform you of the departure of guitarist Matt Klickstein. The split is completely amicable, Matt is, was and always will be our main man but he has chosen to focus on other things in life. We love this man and wish him the best

Wizardry however, forges on and are currently looking for a new guitarist. Contact us if your interested or come see us Saturday Sept 10th at Union Pool in Brooklyn were we will be playing with interim guitarist Tyler Vilard who is on loan to us from Bezoar. Justin and I (frank) are currently working on our new record with producer Evan Sobel (Naam, La Otracina) which will be finished in the next few weeks and are super stoked for the future

The main question folks ask us in this is why we don't change the name. Wizardry began as a theatrical classic metal band, a concept that was completely Matt's and I would say a large number of people still think of us in those terms. That era of the band was good to us and is fondly remembered but when we slimmed to a 3 piece in Dec of 2009 we decided we were done with that. If we were going to change the name we really should have done it then but we didn't and now we have played as the current version of the band for just as long as we did the other. Justin and I have written 90% of the music in that time and it definitely reflects where we are coming from and points to where we would like to go in the future and we did it all in the name of Wizardry so Wizardry is what we will be. Some would say we're just making it harder on ourselves and we would have an easier time of it starting fresh, but I grew up on the Black Flag/SST ethos and the easy way reeks of weakness to me. Justin and I have worked hard on this and will go forth with grim determination and true grit, like John Wayne pulling the wagon with his teeth

Besides, we couldn't think of any cool names we would be happy with.

So come out Saturday and hang and see what may be Tyler's only show with us (and catch Bezoar tonight with Karma To Burn and Atomic Bitchwax at St Vitus in Brooklyn!). It's an afternoon show, 4pm, it's Free, and we're playing with great friends Hull and Dead Sands. It's my birthday also so come have some taco's and beers

Thanks for the support everybody,
frank and justin
hunger pangs & gravy stains
leagueofscientists@gmail.com 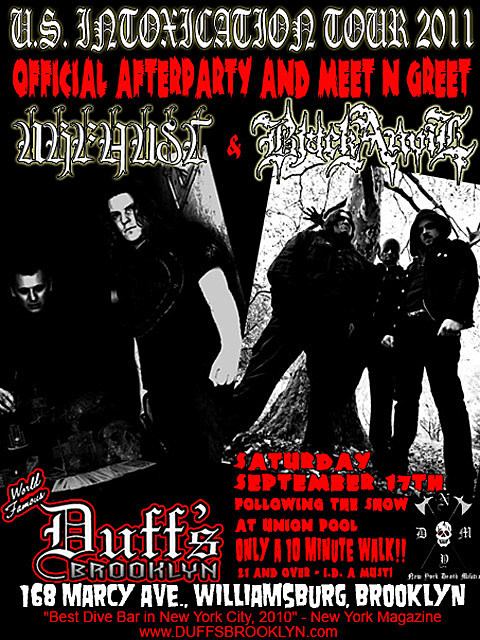