Wolvserpent at Acheron (more by BBG) 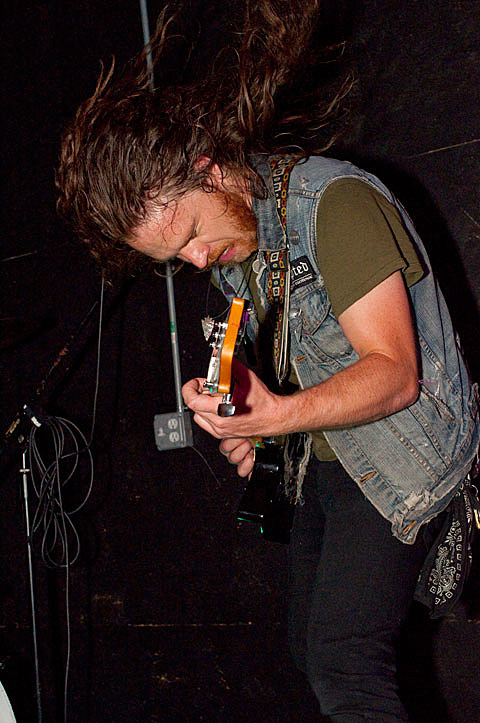 Let it be known that strength doesn't always lie in numbers. Wolserpent, the Idaho duo that absolutely floored me in their last outing at Acheron, will hit the road with A Story of Rats to play Acheron again on June 4th with a another show TBA. More details forthcoming, but if you aren't in NYC, make sure and catch this magnetic two piece on the road. They practice in ritualistic doom, and will rule that space in Bushwick that is turning 1 year old. All tour dates below.

Rosetta will team with Tidal Arms, Drummers, East of the Wall, and Don't Give a Fuck for a show at The Charleston on June 11th. The show is one of two dates on the band's calendar in the US. All dates are below.

Clouds are back in action, and will team with Disappearer to play new Brooklyn bar Saint Vitus on June 3rd. The show is one of two dates for the reactivated (?) band, with the second going down in their home base of Boston. All dates are below.

Coliseum are on tour in NYC for two shows this weekend. Enter to win a pair of tickets to either Public Assembly or Union Pool on the BrooklynVegan Facebook.

A rare and unmissable Black Flag tour documentary from 1986(!) was recently put on the Internet...

20 years ago I completed a one hour Super-8 sound film called "Reality 86'd". This film documented the last Black Flag tour in 1986, which I was a part of (I drummed and sang in Painted Willie). Greg Ginn signed us to his SST Records label and brought us on the road for six months that year, which turned out to be Black Flag's swan song. The tour and subsequent documentary also included Greg Ginn's Gone (who opened the show.) For reasons I will never really understand, SST Records owner / Black Flag guitarist and sole original member, Greg Ginn refused the film's release. Furthermore, he has held this film prisoner ever since.

So many years since I completed the documentary I continue to get messages from fans the world over asking me about the film. It's only music, and music needs to be shared, and it's for everybody. If you agree, feel free to share and pass this along.
-David Markey

Hostage no more, you can view Reality 86'd in its entirety on Vimeo. Kudos to Markey for preservation of such a crucial time capsule. A big list of upcoming NYC shows, below...