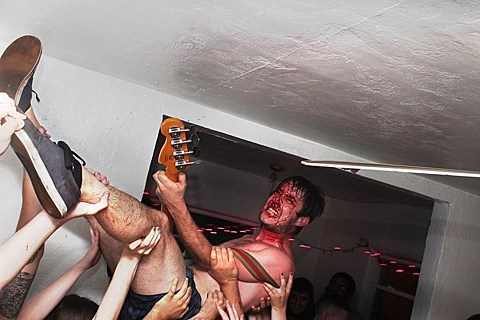 Ex-Breathers are a no-frills hardcore band from Tallahasse, Florida. It's not unusual for one of their songs to clock in under a minute, eschewing intros, outros, bridges and really anything else that isn't full-throttle attack. Their new EP, Exbx, comes out in October via Texas Is Funny Records and we've got the premiere of its new 54-second single, "JC," in this post. Vocalist/bassist Jack Vermillion says the song "[is] about trying to find a real meaning behind playing music. Kind of an existential crisis sort of thing. What's the real product of putting all the hours, effort, and money into a creative project like this, and is it meaningful to anybody or even myself?" Check it out, with its zine-style lyric sheet and a stream of another (44-second) track from the new EP, below. Also check out our interview with the band on Invisible Oranges.

The band doesn't have a tour announced at the moment, but they did just wrap one up that hit NYC earlier this month at Death by Audio. Anyone go? And they'll be at home state punk festival The Fest, so you can catch their set there if you're going.

Song streams and lyric sheet below... 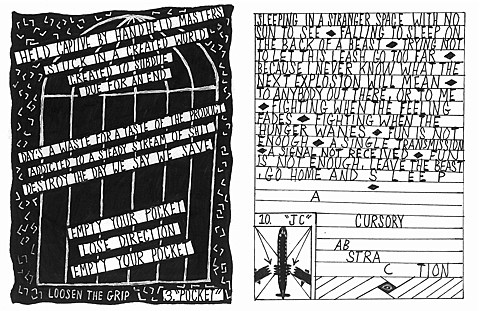