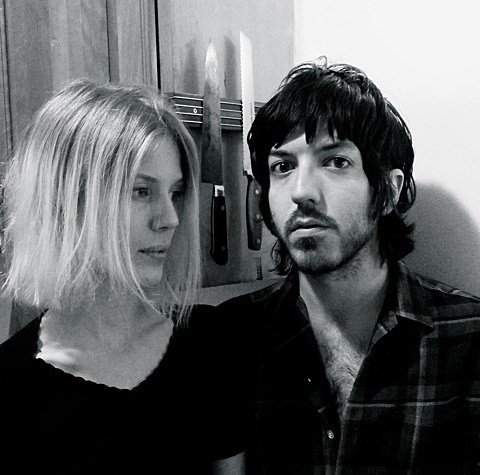 Admission. Paul McCartney's "Wonderful Christmas Time" is easily my most-hated holiday pop song. Repetive, grating, plodding, and seemingly recorded by accident, the song makes me want to suck a candycane into a point and gouge out my eardrums. (Unlike, say, The Waitresses' "Christmas Wrapping" which I can listen to ad infinitum.) So it's a Christmas miracle that Ex Cops have taken this unfortunate Macca yuletide perennial and sped it up, turned it up and transformed it into a rough-hewn little indiepop charmer. We've got the premiere of the song right here in the post to download above or stream below. Merry Ex-mas.

Another present you're going to have to wait a bit for is Ex Cops terrific debut album, True Hallucinations, which hits January 22 via Other Music Recording Company. The band are playing a record release show at Glasslands that same day with Hunters also on the bill (tickets). After that, Ex Cops play Mercury Lounge on February 15 and tickets to that show are on sale at noon. You can see them sooner than that, though, as they were just added to tonight's Paul Banks show at Webster Hall (12/14) and tickets are still available.

Meanwhile Ex Cops' Brian Harding and Amalie Bruun have each submitted lists of their favorite songs from 2012. In a bit of daring, they both include their own single "You Are a Lion, I Am a Lamb" on their respective lists. Check them out below.

Amalie's list:
Wild nothing - Disappear always
Taylor swift - We are never ever getting back together
Frankie Rose - moon in my mind
Chairlift - I belong in your arms (Japanese version)
My best fiend - cool doves
Loreen - euphoria
Ex cops - you are a Lion i am a lamb
Azeealia banks - liquorice
King Krule - Octopus
Mac demarco - Ode to viceroy