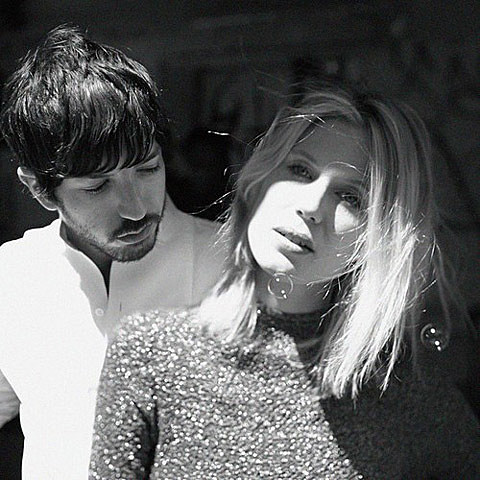 Ex Cops are back with their second album, Daggers, which is out October 28 via their new label home, Downtown. (Their debut was on Other Music.) The shift in labels also marks a shift in sound: Amalie Bruun and Brian Harding worked with producer Justin Raisen (Sky Ferriera, Charli XCX, Kylie Minogue) on the album which was also "executive produced" by Smashing Pumpkins' Billy Corgan. Gone is the understated vibe of their debut. Says Harding, "We are not afraid of our favorite music anymore. It's pop." Stream the very poppy, very big-sounding "Black Soap" from the album, and check out the LP tracklist, below....