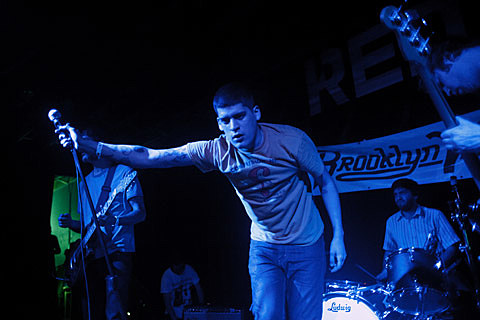 Memphis punks Ex-Cult have signed to In The Red, and they're releasing a three-song single this month ahead of a new album in 2016. It features "Stick The Knife In," which like a lot of their songs, shows an equal love of both '60s psychedelia and '80s punk. It's pretty badass, as you can hear for yourself below (via Noisey).

The band is also on tour now and hitting Brooklyn TONIGHT (10/23) at Alphaville. Also on the bill is Squad Car and Surfbort. Tickets for tonight's show are on sale now. List of all dates and the Alphaville flyer below.

Ex-Cult singer Chris Shaw recently formed the band GØGGS with Ty Segall and Ty's Fuzz bandmate Charles Moothart. Fuzz's new album II comes out on In The Red today (10/23) and you can stream the whole thing via Spotify/Rdio below. 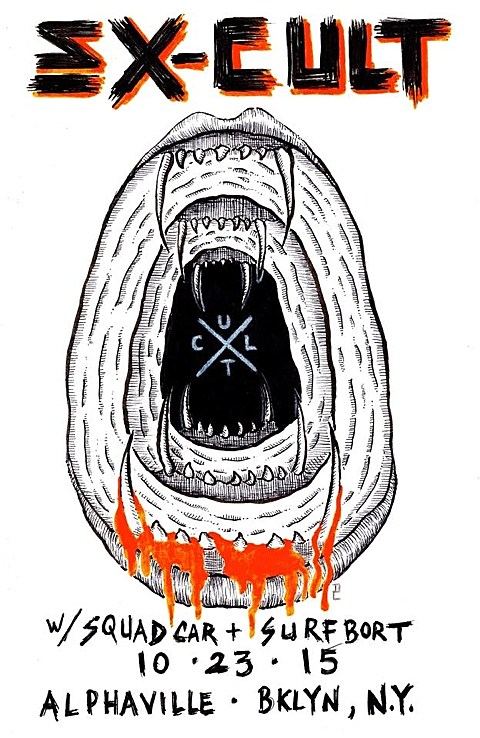