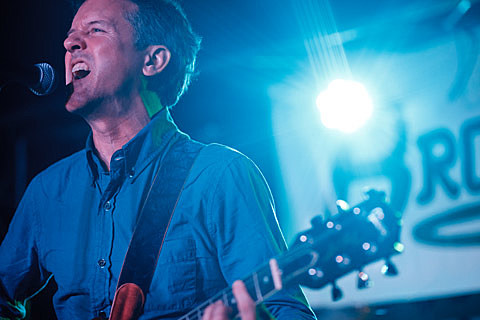 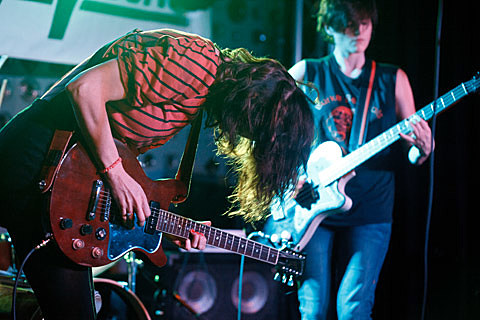 After our Friday CMJ day party on opening day of new Williamsburg venue Baby's All Right, we returned the next morning for an all-day Saturday party that went from noon til just after 2 AM, and with even more complimentary Sailor Jerry flowing.

Eight hours in, Superchunk frontman Mac McCaughan played a rare solo set that reminded me of a past BV-CMJ party when Ted Leo did a similar thing -- scrappy and powerful like he is with his main band, but still stripped down and intimate. His setlist, which you can see below, included Superchunk and Portastatic songs, and a Mary Lou Lord cover (video of that one below).

Then Mary Timony (Wild Flag, Helium, Autoclave), whose guitar Mac was borrowing, made the NYC debut of her new band Ex Hex. Betsy Wright of The Fire Tapes plays bass, Laura Harris of Aquarium is on drums, and it was a killer first set from the trio. It was immediately appealing to fans of Mary's previous bands while also the most riffy rock n' roll thing she's ever done. Their set consisted of basically every song they have so far, including "Hot and Cold" (listen on NPR). Everyone had a blast. A couple of videos are below.

More about the other artists on the show in a minute. Here's pictures from Mac and Mary's set. More of them with videos and Mac's setlist, below... 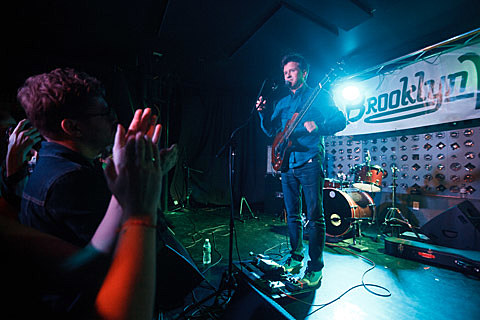 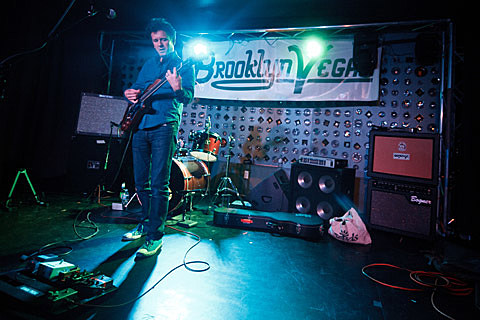 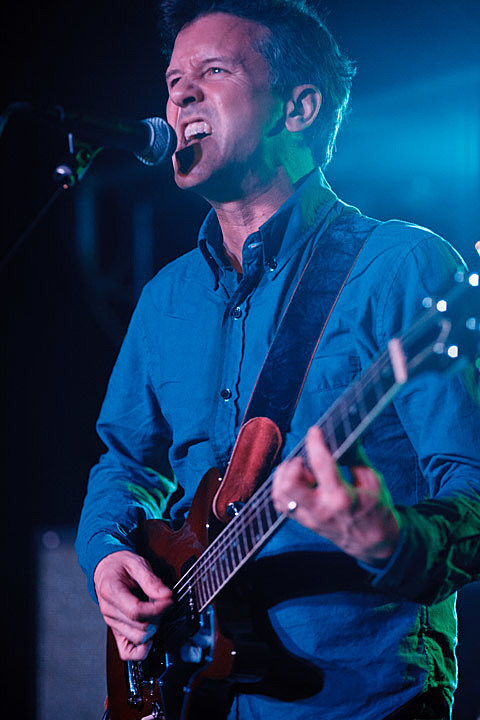 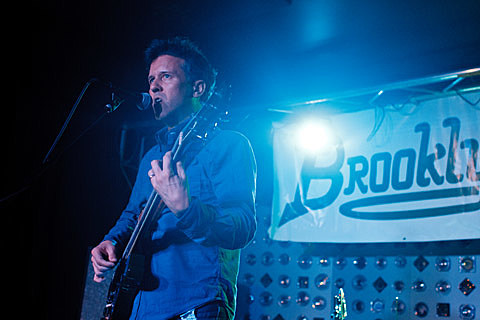 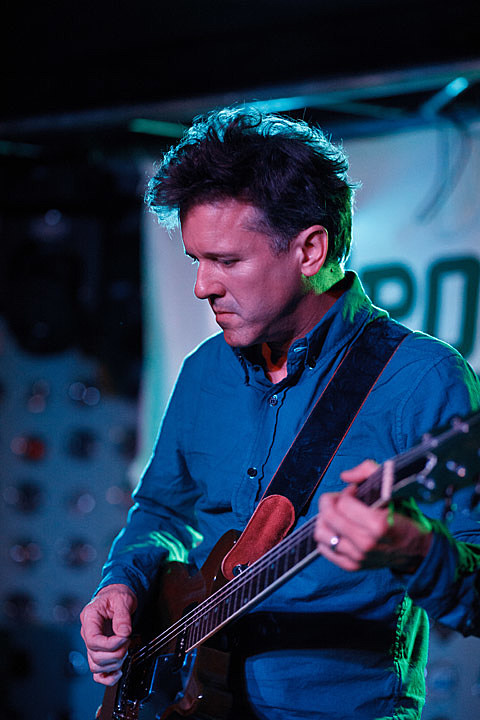 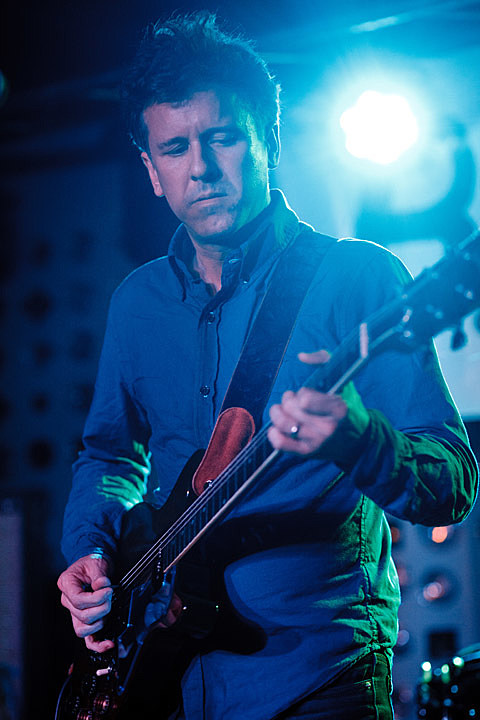 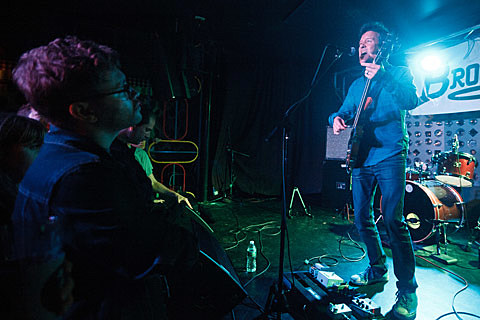 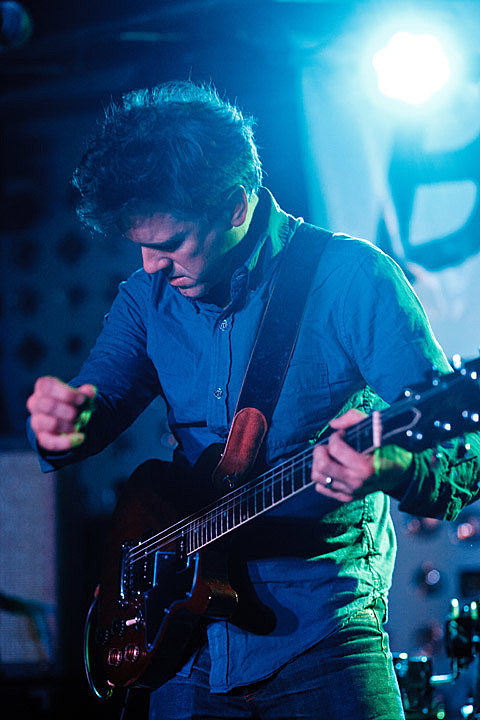 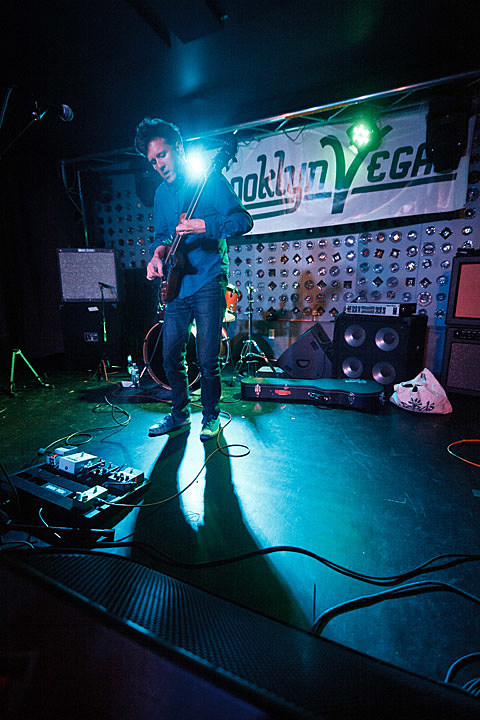 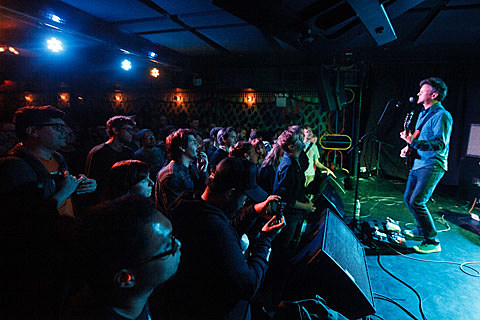 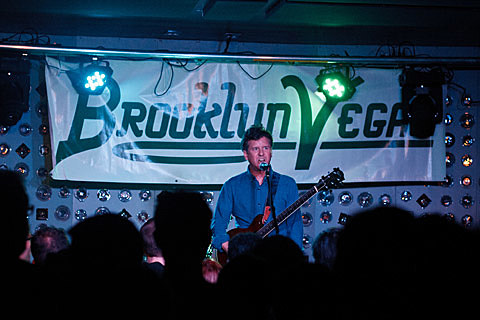 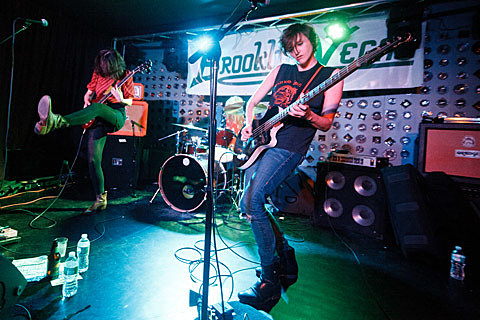 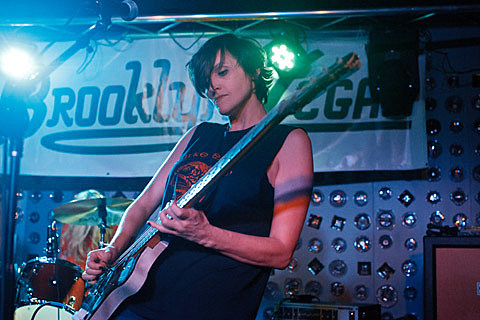 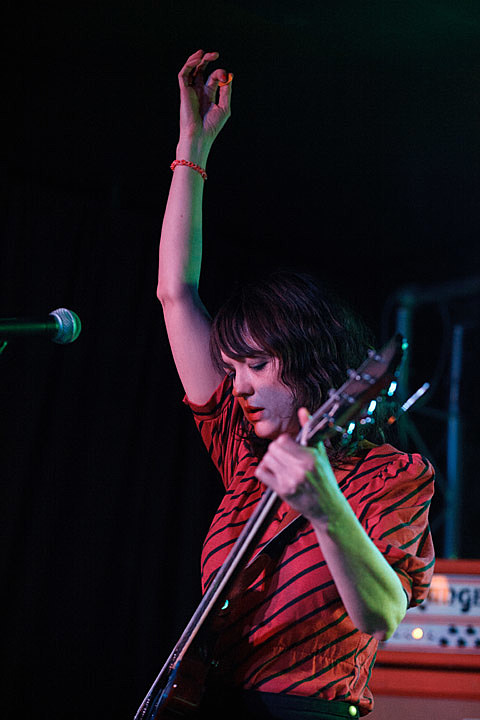 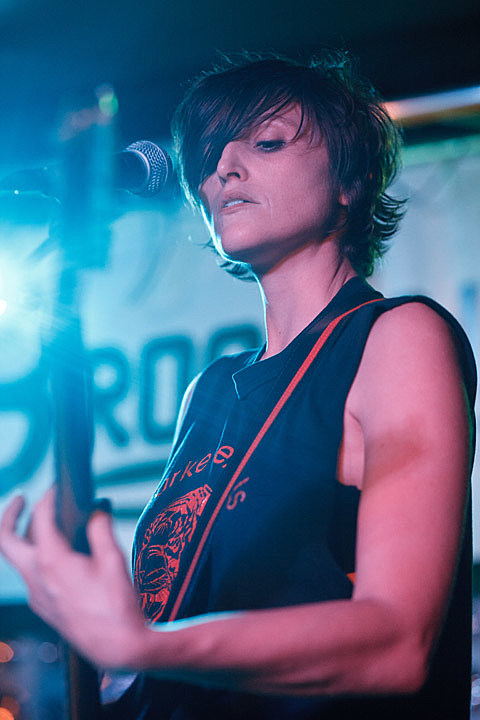 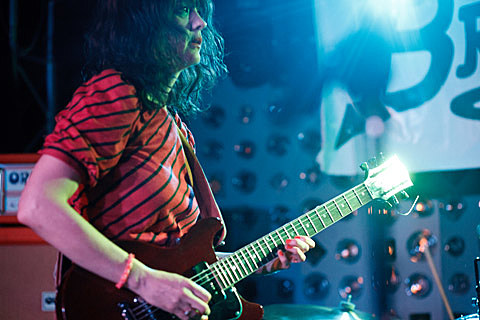 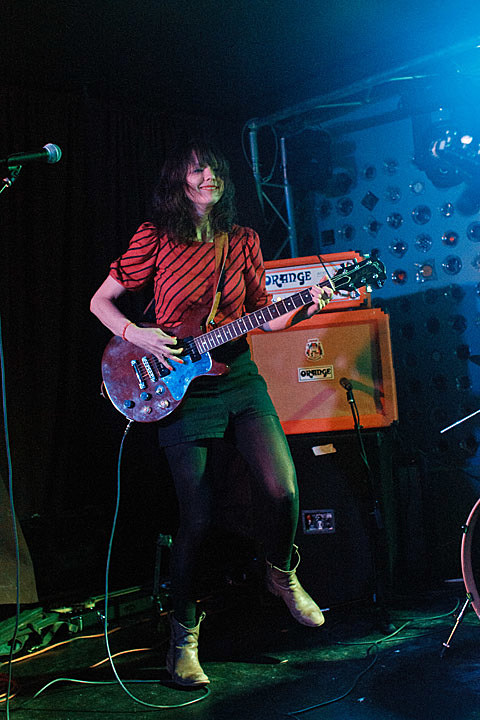 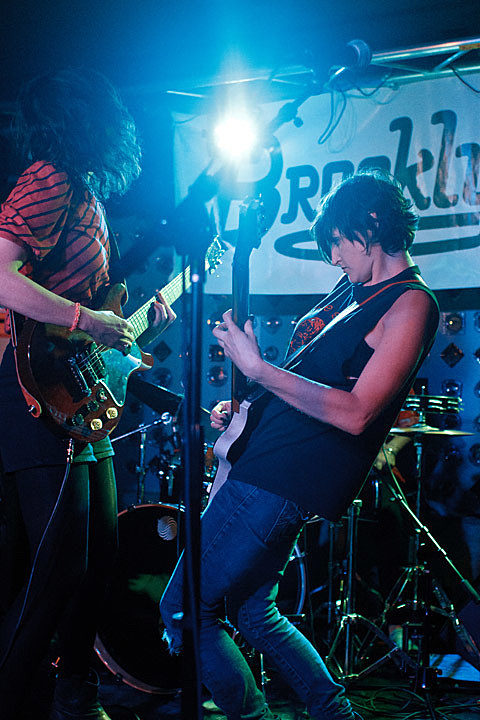 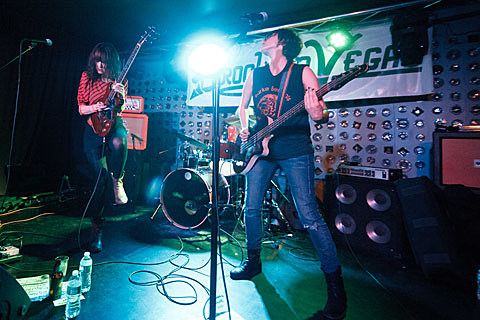 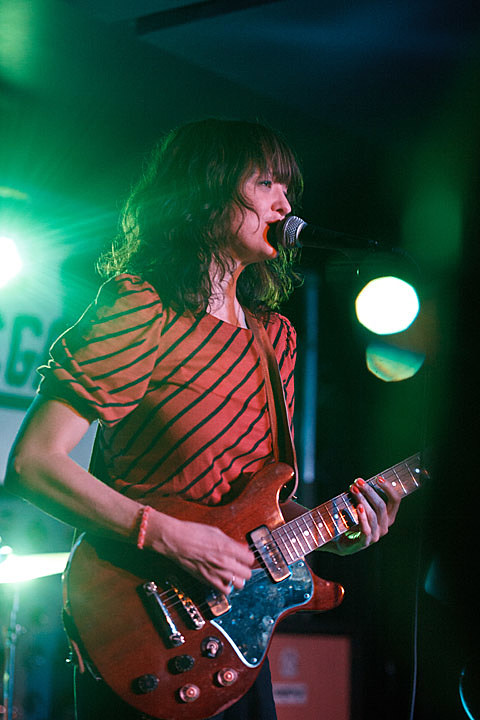 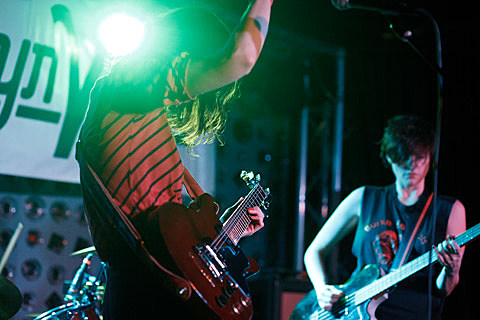 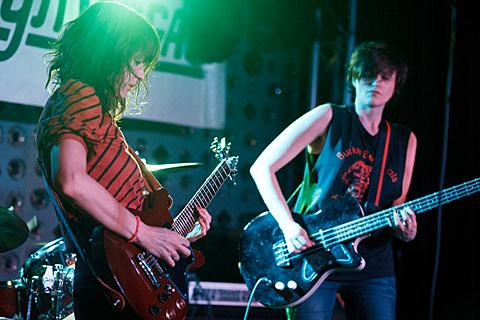 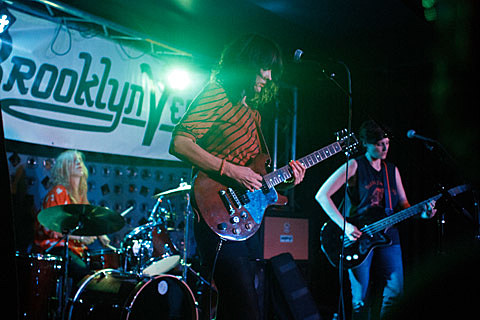 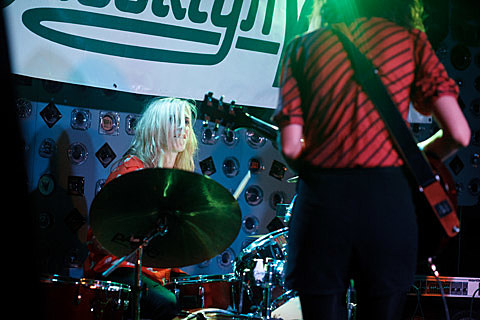 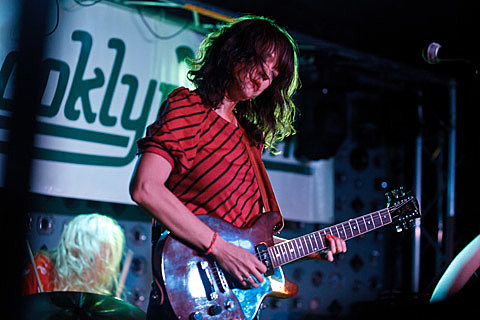 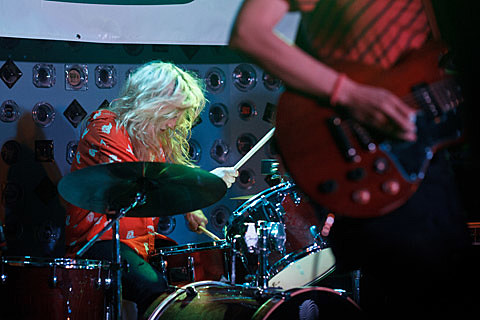 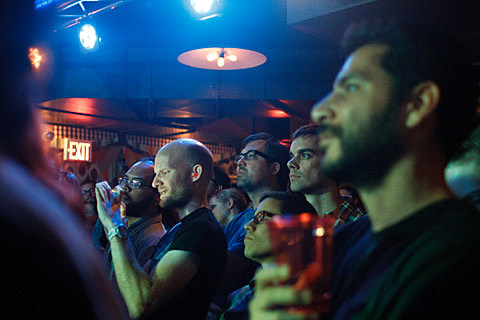