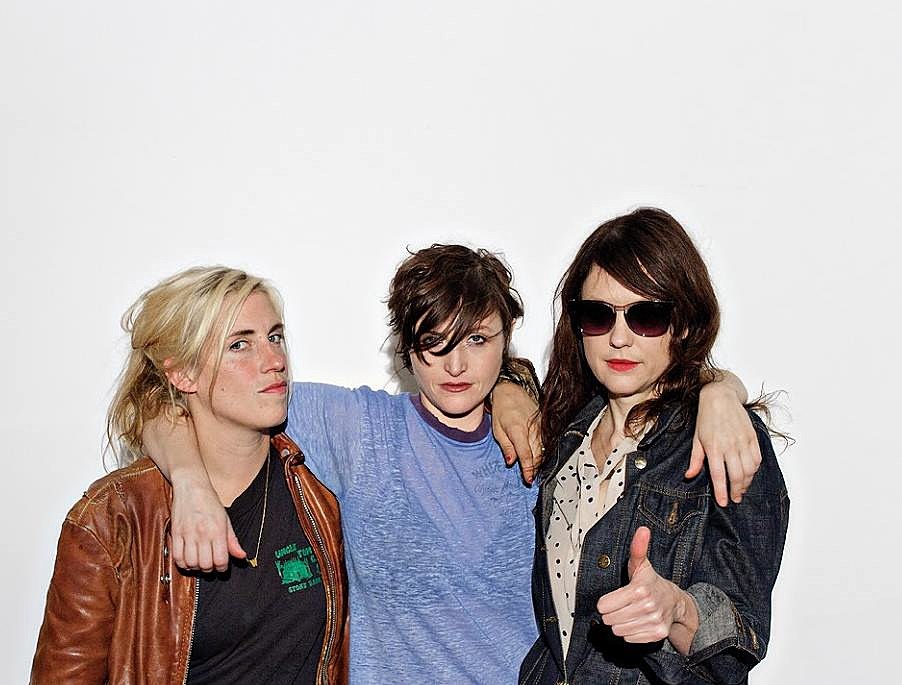 When we booked Mary Timony's new band Ex Hex back to back with Mac McCaughan of Superchunk (who also happens to be the co-founder of Merge Records), we knew it was a BV-CMJ match made in heaven (not to mention Mary's other band Wild Flag is signed to Merge), but we didn't know the extent of it...

We are delighted to announce the addition of Ex Hex to the Merge roster. Hailing from Washington, DC, Ex Hex is Mary Timony, Betsy Wright, and Laura Harris.

On the occasion of Ex Hex signing to Merge, Mary contributed the following information about the band:
Ex Hex is what your older brother's friends listened to. "Roxy Roller" and "Virginia Plain" rumbling from the Kenwood in the basement.
It's what your babysitters listened to, and it's what stuck with me.
Ex Hex is a power trio: guitar, drums, and bass.
We are thrilled to have found a home at Merge.

Ex Hex will release their debut album in 2014, and a tour is in the works including the SXSW Festival in March.

I first met Mac and Laura in 1993 when Helium was playing shows with Superchunk; it's hard to believe that was twenty years ago!

Merge is an iconic label with a roster full of artists that I admire and I'm so psyched that Ex Hex is on board!

Congrats to Ex Hex and Merge. Read more about the BV-CMJ show HERE. Watch a video from their set below..