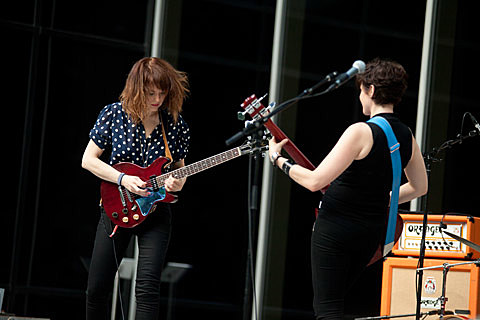 Mary Timony's power trio Ex Hex, who are landing on several year-end lists, have a ton of tour dates scheduled for 2015, including two NYC shows: Le Poisson Rouge on April 23 and then they'll be back later as part of Northside Festival on June 12 at Music Hall of Williamsburg. Tickets for LPR go on sale Wednesday (12/17) at 10 AM and MHOW go on sale at noon on Friday (12/19) with an AmEx presale starting noon on Wednesday.

No word yet if more spring/summer dates will be announced, but all currently known dates are listed below...