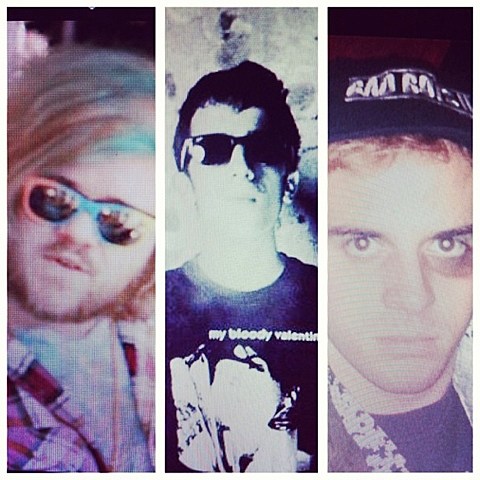 Billy Hayes (Reatards/Wavves), Alex Gates (Wavves/Magic Kids), and BIG MUFF (who has collaborated with R. Stevie Moore) have teamed up to form a new project, Cretin Stompers. Like the members' previous work in The Reatards and Wavves, Cretin Stompers are hashing out dirty, catchy garage rock tunes wrapped in super lo-fi production. Aesthetically, this stuff hearkens back a few years to before all the shitgaze bands found professional studios, but the melodies suggest something more sugary. After a few listens, you'll have those "oh yeah" choruses of "Eye Of The Storm" scratching around in your head.

The trio have recorded a collection of 15 tracks for their debut album, Looking Forward To Being Attacked, which will be out at some point this year. You can stream the aforementioned "Eye Of The Storm" -- which, like a few other tracks on the album, also features James Richardson, who was in MGMT's live band before they returned to being a duo -- along with two other tracks, "Randy Kraft" and "Project: Object," below.

No tour dates announced yet, but in related news, Wavves are on tour now with FIDLAR and Cheatahs, and that tour rolls into NYC soon for sold out shows on April 11 at Glasslands and April 12 at Shea Stadium.

Cretin Stompers - "Eye Of The Storm"