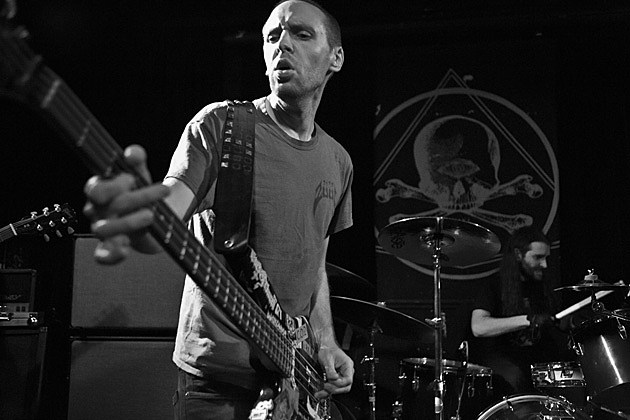 Canadian old-school thrash band Exciter will be playing the Defenders of the Old Festival III which goes down in Brooklyn at The Bell House on March 13 & 14, 2015 with the band's original lineup. Exciter hasn't played the US in 30 years. In addition to Exciter, the initial line-up also includes old-school US metal band The Rods, the like-minded October 31, and Montreal's retro doom-y band Cauchemar. No word on advance tickets yet, but stay tuned here and at the event's Facebook page for more developments.

In related news, Chris Black's High Spirits, the awesome Chicago retro metal band, earlier this year released the fantastic LP You Are Here. Black's better-known band Dawnbringer is releasing a new album this year, too, out on October 28 on Profound Lore. Dawnbringer recently shared "One-Eyed Sister" off of Night of the Hammer and you can listen to it in this post. As we've come to expect from Dawnbringer -- and, really, anything from Chris Black -- it's excellent and, on first listen, seemingly timeless.