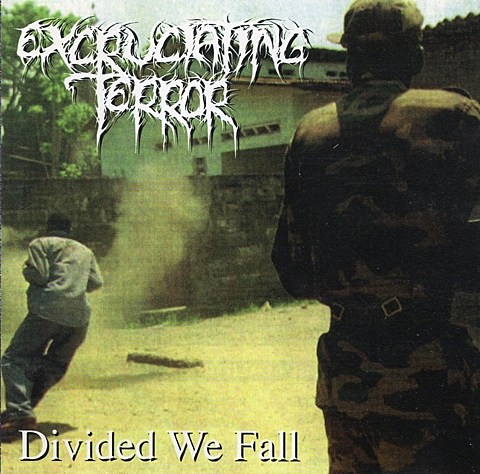 LA death-grind vets Excruciating Terror are finally making it over to NYC for their previously-mentioned Saint Vitus show on Saturday, April 11 (tickets), and since we last spoke they also added an all ages Sunday matinee happening at Silent Barn (4/12) the next day. That one's $8 at the door.

Vitus is with Hemdale, Stapled Shut, Infernal Stronghold and Mother Brain; and Stapled Shut also play the Silent Barn show, as do Skullshitter and NARC. Flyer for both shows, and a stream of their 1996 debut LP, below... 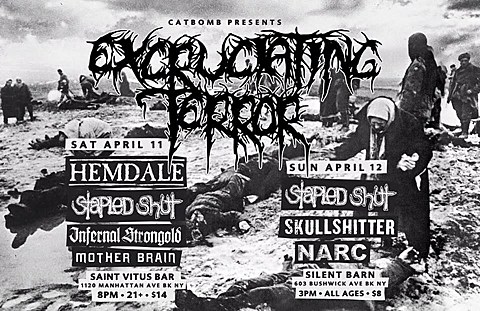