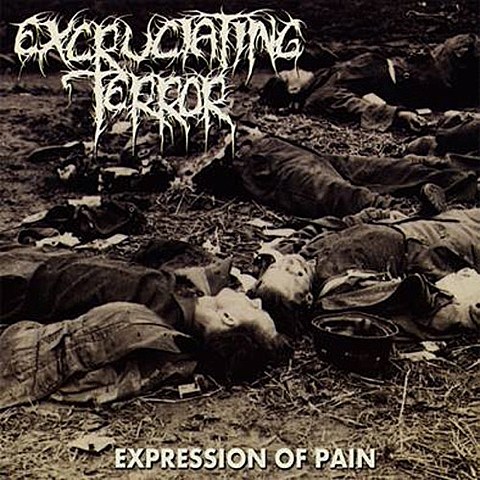 LA death-grinders Excruciating Terror were around in the '90s before members went on to play in Bloody Phoenix, Asesino, Endless Demise and others, and they reunited in 2013 for their first time in 15 years. They were supposed to play NYC around the time they played Maryland Deathfest 2014, but ended up canceling all non-MDF shows that spring. Now they've got plans to make it over here once again, this time at Saint Vitus on April 11 with Hemdale, Stapled Shut, Infernal Stronghold and Mother Brain. Tickets for that show are on sale now.

All known dates are listed, with a stream of their 1996 debut LP, Expression of Pain, below...