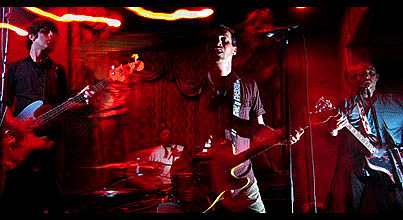 Brooklyn band Obits is playing Brooklyn venue Union Hall tonight (March 8). Advanced tickets are sold out, but Union Hall's website says "tickets MAY be available at showtime". Why did that show sell out so fast? Because...

Obits just played their first ever show at The Cake Shop in NYC in January of 2008. They were the openers and packed out the venue like no other opener could... [Ohmyrockness]

Tickets are on sale for a Night Marchers show at Mercury Lounge in NYC on May 7th. All tour dates below...