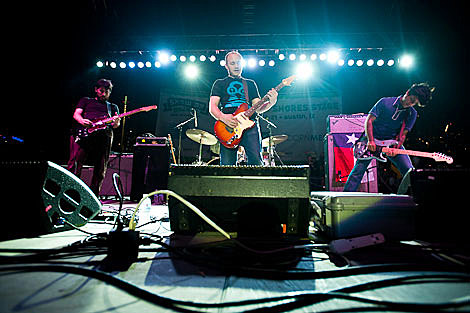 "For the entirety of SXSW I was really only holding my breath for one band, namely Explosions In The Sky (EITS). Now I'm sure there were other great bands at SXSW this year - there were after all 1400 bands or so playing - but of all the bands I knew, they were at the top of my list to see.

EITS played at the river shores at night, where the band was framed against the brightly lit skyline of the lonstar's capitol - the setting, truly, couldn't have been more grand. When the guys took the stage you could tell that they were totally overwhelmed by how many people had come out to see them in their own hometown of Austin. The crowd must have easily numbered in the thousands, and it seemed pretty obvious that this was going to be one of the biggest and most memorable shows of their career.

The show itself was beautifully performed, but one thing just about killed it for me: the sound!...

....Finally, though, one thing made it all right again: fireworks. During their soaring last song, fireworks explode all over the night-time sky. Obvious, perhaps... but undeniably perfect and beautiful. So, a great ending, right?

Almost. Unfortunately, the crowd goes nuts and yells for encores like crazy, but the fireworks just keep going and going and going with no EITS to be seen. The firework spectacle is now beginning to turn somewhat comically meandering. A guy behind me tells his friend "just like the music... a lot of false finales." The crowd, however, doesn't budge and you can still hear shouts for more songs ten minutes after they played their final chord.

Finally, the guitarist walks back on stage, you hear the familiar hum of a cable being moved around inside the socket of a guitar, and everyone cheers, for we interpret this as the sound of him plugging his guitar back in to play us one final song.

It was the sound of him unplugging it... " [The Enright House]

Tickets are still on sale for the previously announced Central Park Summerstage show. Since that announcement, they added a few more shows to their "10th anniversary" summer itinerary. Those dates and more SXSW pictures below... 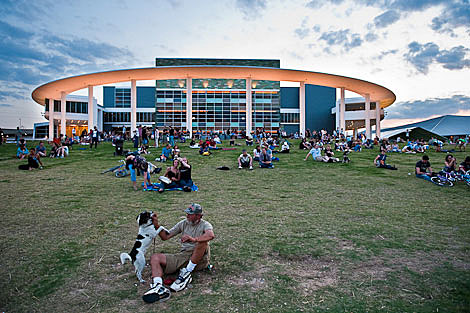 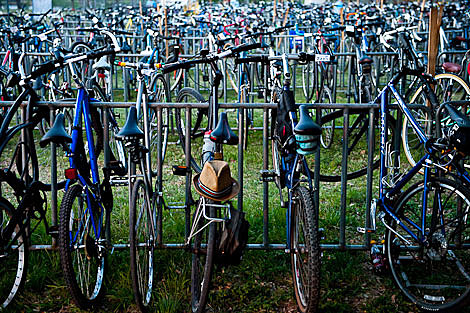 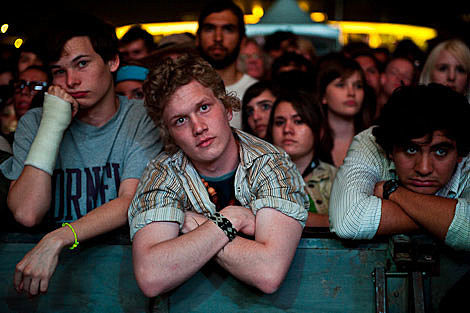 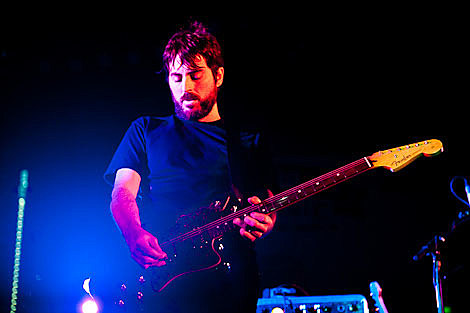 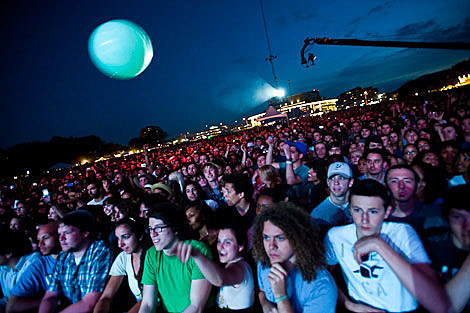 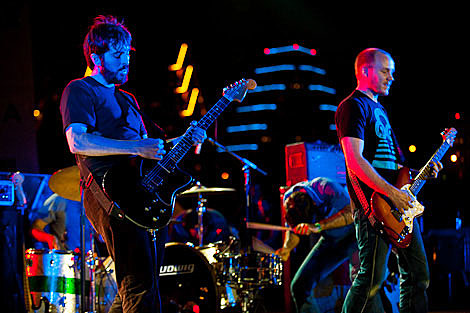 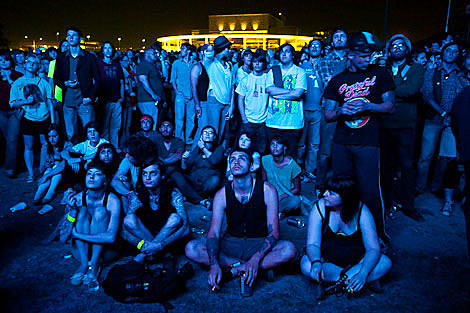